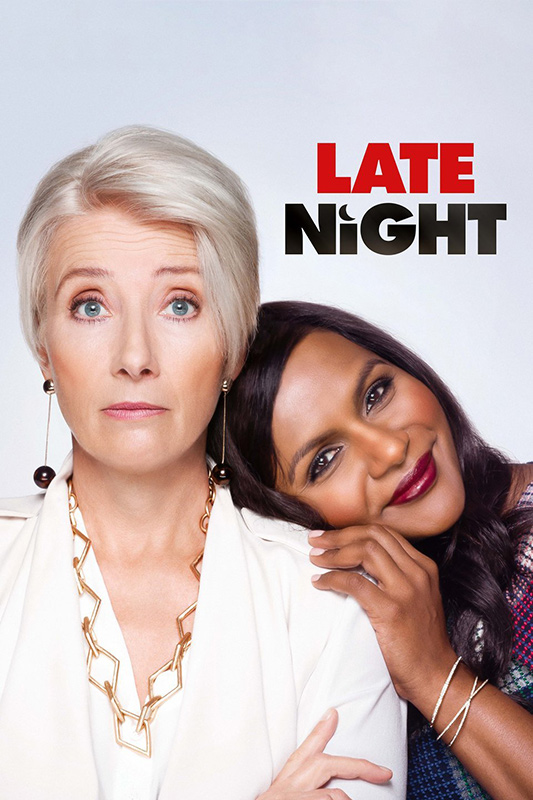 Sixty-year-old Thompson ranks as one of Great Britain’s top actresses, equally as celebrated as Dame Judi Dench and Dame Maggie Smith. Thompson has won Oscars for Best Actress in “Howards End” (1992), and Best Adapted Screenplay for “Sense and Sensibility” (1995). She’s the only one ever to win both acting and screenwriting Oscars. Other notable credits include “Harry Potter” (2004, 2007, 2011), “Nanny McPhee” (2005, 2010), and “Beauty and the Beast” (2017).

Thompson puts her comedic creds to work as Katherine Newbury in “Late Night,” its host for 28 years. But low ratings have put the show on the skids, and her boss, Morton, announces Newbury’s in her last season. Word is that she hasn’t kept up with the times, and Daniel Tennant (Ike Barinholtz), a shock jock, will replace her. She’s rumored to hate women, and all her writers, whom she numbers rather than names, are men.

Fighting to hang onto her show, Newbury hires a woman, Molly Patel, played by Kaling (who wrote “Late Night,” as well as “The Mindy Project”). Having worked for a chemical company, Patel has zero TV writing experience. As number eight, she arrives with cupcakes and sits on a trash can when there aren’t enough seats around the writers’ table. She also doesn’t mince words with her boss. She pitches jokes about Planned Parenthood and menopause, not that Newbury initially is willing to use them.

After Patel advises Newbury to loosen up and entertain writers and journalists at her apartment, Patel ends up chatting with Newbury’s husband Walter, who has Parkinson’s disease. He advises her, “Be useful, so even if she doesn’t like you, she needs you.” For Patel, it’s first things first — she leaves a writing session to MC a lung cancer charity event, enraging Newbury. But when Newbury shows up, Patel invites her onstage, and she’s a hit. Walter’s advice helps, and before long, Newbury uses Patel’s Planned Parenthood and menopause joke. She also starts going out on the street like other talk show hosts, playing White Knight.

“Your earnestness can be very hard to be around,” Newbury complains, and Patel gets fired. She packs up, gets a job offer from Seth Meyers, and refuses at first when Newbury changes her mind and tries to rehire her.

Thompson excels as the tough-minded, quick-with-the-quip talk show host who is struggling to salvage her career. She carries “Late Night,” but Kaling, as the ethnic diversity hire, works well as a foil to her powerhouse boss. It’s a winning combination, with support from Lithgow, Ryan, as well as Hugh Dancy as “Late Night” writer Charlie Fain.

Information and tickets for “Late Night” and other offerings at the Film Center, the Capawock, and the Strand theaters are available at mvfilmsociety.com. 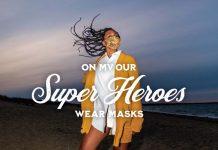