As the Vineyard Transit Authority (VTA) drivers strike nears a month, negotiators say they could be close to a deal.

Darren Morris, Vineyard general manager for Transit Connection Inc. (TCI), said at a meeting Wednesday of the VTA Advisory Board that he, Dash, and a labor negotiator met with the union bargaining committee and made a “significant amount of progress.” on creating a labor contract.

“The parties met for at least 20 hours between Monday and Tuesday, and made measurable progress,” Todd Brogan, an ATU representative, told The Times before Wednesday’s meeting.

“We are in agreement on just about the entire proposal,” Morris said. Of the 29 articles in the proposal, Morris said he anticipated the economic articles to be the most difficult to come to a consensus on. But he said they agreed on them without much issue.

Morris said there are some “language issues we are cleaning up,” but he expects to submit a final draft proposal to the union bargaining committee by no later than Thursday.

According to Morris, he’s hopeful the union would hold a ratification vote before next week.

“It’s all great news,” Morris said. “We are looking forward to welcoming the drivers back and ending the strike, we hope that happens this week.

The talk of a resolution comes after a contentious meeting the week before.

Also on Tuesday, a delegation of drivers held a rally in front of the Massachusetts State House in conjunction with the New England Jewish Labor Committee.

Meanwhile, the Vineyard Transit Authority’s Medivan service, which many Island seniors depend on to get to off-Island medical appointments, is still not running, forcing seniors to cancel appointments and elder service organizations to look for alternatives.

Paddy Moore, the chair of Healthy Aging Martha’s Vineyard, said there’s been “no question” that Medivan cancellation has negatively affected seniors. “There continue to be a large number of elders on this Island who are homebound because they can’t use the Medivan, and are missing appointments,” Moore said.

Seniors depend on the Medivan service because of its affordable $30 round-trip price for trips to medical appointments, many of which are referrals, on the Cape and in Boston.

Gaston Vadasz is a frequent Medivan user, and said taking away the service was a serious issue. “I am outraged,” Vadasz said. “It’s outrageous that they don’t care about our welfare on the Island.”

Myra Stark, a volunteer for the Martha’s Vineyard Cancer support group, has also taken the Medivan several times before, and said the Medivan is vital to the Island’s seniors. “I contemplate a future without the Medivan with horror,” Stark said. “There are many people who would be lost without it.” 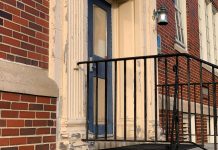 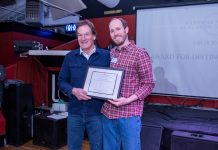 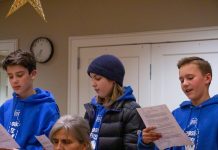