The Rev. Harvey Arnold Everett Jr., of North Andover, and formerly of Oak Bluffs and Lancaster, Pa., died of natural causes on Oct. 14, 2019, at the Meadows of Edgewood Retirement Community; he was 91. Raised in Cañon City, Colo., he was the son of Harvey Arnold and Margaret Williams Everett, who worked toward land ownership under the Homestead Act of 1862. 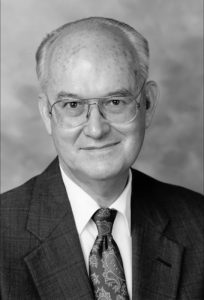 After graduating high school in 1947, Everett was awarded a four-year scholarship to the University of Colorado, Boulder. Everett was drafted into the Korean War in 1950 from the workforce, earning the rank of master sergeant and a Bronze Star for his service in the U.S. Army, 180th Infantry Regiment, 45th Division. Following the war, he received his Bachelor of Divinity degree from Colgate Rochester Divinity School, in Rochester, N.Y., and was ordained as an American Baptist minister in 1955.
From 1956 through 1980, Everett served the American Baptist Home Mission Societies in New York City, later being named associate general secretary for field operations for the American Baptist Churches USA. During this time, he was awarded in 1968 an honorary doctorate degree by Alderson-Broaddus College, Philippi, W.V., and wrote a book for youth, “The Future Won’t Wait.” Everett had the memorable honor of meeting the late Rev. Dr. Martin Luther King Jr. as they both served their religious calling.
From 1980 until retirement in 2002, Everett continued his mission-focused work into the nursing home and retirement community field. Through the George M. Leader Family Corp., based in Hershey, Pa., he recognized the family-owned and -directed companies to be aligned with his beliefs of compassionate care for the elderly. As a licensed nursing home administrator and retirement housing professional, he coordinated the Country Meadows Retirement Communities’ chaplaincy programs, was director of marketing/admissions, and retired as vice-president of resident services emeritus. He believed that each person in the organization was vital to delivering excellent care for residents. Often, Everett could be found on all three shifts, brewing coffee in the wee hours for departing staff, teaching on-site management courses for professional development, or leading Sunday worship services for residents. He truly believed in the value and power of strong community, and fostered this value throughout his professional years.
Everett was a member of several churches over his lifetime, most recently the First Congregational Church of West Tisbury, where he served as a deacon, and before that, First Presbyterian Church in Lancaster, Pa., and the First Baptist Church of Cañon City, Colo.
In addition to his wife of 32 years, Deborah Benson Everett, he is survived by his sons Matthew A. Everett of Minneapolis, Minn.; Mark A. Everett of Downingtown, Pa.; and Kevin Everett of Christiansburg, Va. In addition, Everett is survived by three stepchildren: Carolyn S. Claman and her husband, Timothy, of Andover; David H. Shertzer and his wife, Deborah, of Mountain Lakes, N.J.; and Kathryn-Ann O. Shertzer and her husband, Joseph Mikos, of Oak Bluffs. His nine step-grandchildren, of whom he was very fond, include Alexander, Natalie, Wesley, and Gwendolyn Claman; Eric and Matthew Shertzer; and Lila, Clara, and Ava Mikos. In addition, a nephew, H. Robert Buckles and wife Marilyn, survive in Wetmore, Colo. Everett was predeceased by siblings Hilda and Albert Everett and Ida E. Buckles.
A celebration of life service will be held at the Petersburg Bethel Presbyterian Church, Petersburg, Pa., on Saturday, Nov. 2, at 11 am, with the Rev. Howard L. West, executive director of spiritual services for Country Meadows Retirement Communities, Hershey, Pa., and the Rev. Tyler Downing of Petersburg Bethel Presbyterian Church officiating. Interment will follow at the Mooresville Cemetery, Huntingdon County, Pa.
The family asks that in lieu of flowers, contributions in memory of Harvey A. Everett Jr. may be made to the Endowment Fund at the First Congregational Church of West Tisbury, P.O. Box 3000, PMB 3111, West Tisbury, MA 02575. Arrangements are through Conte Funeral Home in Andover, contefuneralhomes.com, and Brown’s Funeral Home, Huntingdon, Pa., johnbbrownfuneralhome.com/.