Twenty-six current and prospective members of Martha’s Vineyard Regional High School’s (MVRHS) Stand With Everyone Against Rape (SWEAR) program attended the annual Reimagine Manhood Symposium this past Thursday in Worcester, to examine how patriarchy cultivates toxic masculinity, and learn how to engage men to address sexual violence and misogyny.

The symposium is a part of Jane Doe Inc., the Massachusetts Coalition Against Sexual Assault and Domestic Violence, an organization that promotes gender equity, racial justice, and healthy masculinity. Toxic masculinity is a cultural concept that idealizes masculine norms like manliness and dominance over other genders, races, and backgrounds.

School adjustment counselor and SWEAR facilitator Matt Malowski orchestrated the trip for the second year in a row. “We live in a very patriarchal society, and men just don’t think about their masculinity,” he said. “It’s not in their everyday thoughts. It’s not their fault, we just don’t teach our boys that it’s not OK.”

Senior SWEAR member Juan Sanchez Roa said, “Toxic masculinity is a man’s issue, because ultimately it comes down to the way men react and present themselves in certain situations, where they may be too prideful in their manhood without realizing what effect that might have on a woman.”

Patriarchy is a systemic structure where men hold the power in societies, governments, schools, workplaces, homes, and relationships. Richie Reseda, the keynote speaker, was a former L.A. gang member who founded the social-impact record label Question Culture, and started Success Stories, an antipatriarchy organization for incarcerated men. Success Stories allows men in prison to explore their masculinity and talk about overcoming patriarchy as a way to live their most fulfilling lives.

Reseda was incarcerated for seven years for committing two counts of armed robbery in Los Angeles, Calif. After being released from prison, he made it his mission to educate inmates, young people, and adults on the history of our patriarchal society, and how we can change misogynistic behavior.

Reseda said, “I want young people to know that you’re not defined by your gender. Your gender is not what gives you value. You get to decide what defines you.”

After Reseda’s speech, attendees broke into groups based on their gender, where they discussed gender roles and toxic masculinity. Students shared personal experiences with either perpetuating toxic masculinity themselves or being a victim of it. Each group shared the first time they remember encountering patriarchy in their lives.

Juan, for example, immigrated to the U.S. from Colombia at a young age. He and many of the Brazilian students who attended spoke about being raised in traditional, patriarchal homes.

“[Patriarchy] is culturally embedded,” he said. “Our parents take on very specific roles. For example, my mom graduated from college and got degrees, but she still took on the housewife role, nonetheless.”

Symposium attendee and junior Rachel Salop said, “I have had many experiences with people who seem to feel entitled because they’re guys … The boys who were willing to go to the symposium and be educated to try to make a change really lead me to believe that when we grow up, [toxic masculinity] will be different.”

Senior Joe Serpa intends to work with younger students, predominantly boys, to correct misconceptions about masculinity early on. “I think the biggest issue with toxic masculinity is the grooming of young men, and the masculine values we instill in the youth,” he said. “Kids growing up today see these stereotypes and feel the need to fit in, and try to be a part of the patriarchal society, which needs to change.”

Many student athletes encounter toxic masculinity, whether it be trash-talking, aggression against opponents, or “locker room talk” — male athletes discussing women in an objectifying and patriarchal way.

Junior and future captain of the boys soccer team Fynn Monahan said, “I hope to use my leadership position to take the things that I learned [at the symposium] to make a difference in how my teammates look at gender issues, and raise respect toward women in general. [Toxic masculinity] is so normalized. Many people don’t see the issues with it.”

Mr. Malowski is hopeful for the future: “Once you know something, you can’t not know it,” he said. “Now those boys have a choice about who they want to be as men. I’m hoping that the symposium has changed the students’ worldview.” 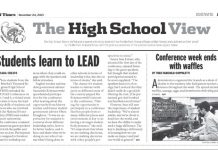 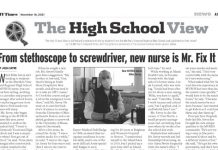 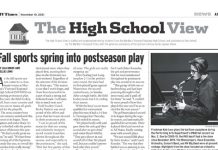