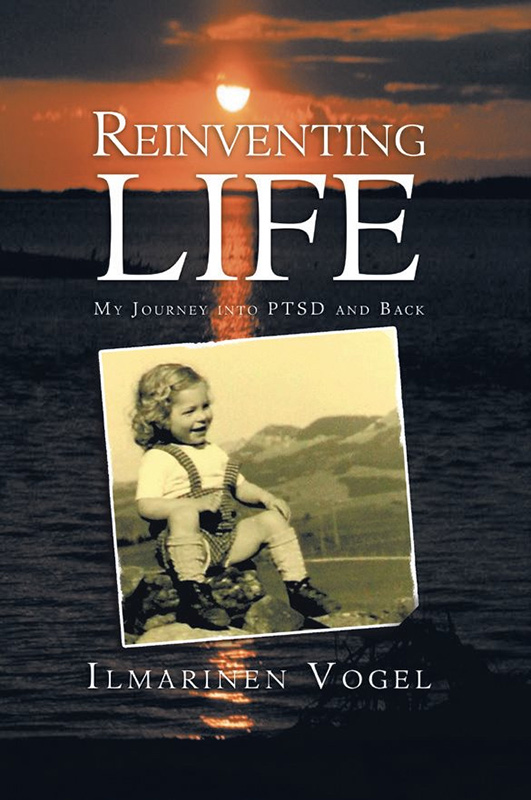 Ilmarinen Vogel, who grew up in postwar Germany and has traveled a good deal around the world, has led an extraordinary life by any definition. The propelling incident in his memoir “Reinventing Life: My Journey into PTSD and Back” was a car accident while the auto was racing at 120 mph. Although he survived, it led Vogel to become suicidal. “My brain began to reason that finishing myself off would solve all problems … There would have to be another accident. I was unable to talk to anyone about this. Screams on the inside became louder. The silence was deafening.”

It wasn’t just the physical debilitation, which lasted years, but also the emotional turmoil the accident precipitated. Although having significantly successful careers as a French horn player, master biodynamic farmer, and later a builder, he says all that ended with the collision. Now Vogel was seeing everything through the filter of PTSD. “Without directing my thoughts and feelings, I began experiencing and reliving everything that ever happened to me in my life: Injuries, betrayals, disappointments, heartbreaks, and losses. Everything suddenly appeared through a filter of pain.”

Vogel writes with spectacular, visceral precision about his experience, given English is not his native language. He writes, “I was devastated by the fact that all this seemed to have been a total failure. As my pain kept rising, I was confronted by insurmountable mental obstacles … And my fight was just about all gone as well. This all was bigger than me. I was not part of the solution, so I began seeing myself as part of the problem. I was not needed here anymore. Losing my life seemed to be a good conclusion. Nothing had ever felt as painful as everything did right now by the side of the road, splashing around my life in fast-forward, crying uncontrollably.”

After refusing to take medication for his depression, one of the side effects of which could be suicide, Vogel found a therapist specializing in PTSD who helped him to recognize the earlier traumas in his life that were “kicked up” by the accident. Vogel lays them out for us in an autobiography, finding that the writing itself is part of his healing process.

One of the earliest and most impressionable incidents was being scorched by an open-coil hot plate at 3 years old, having pulled it down on himself accidentally after being told by his mother to stay away. He relates, “I knew I was in trouble because I had disobeyed, so I stayed silent until my mother could smell my burning tissue. She ran in and removed the hot plate. Too late. I was already going into shock.” He suffered second- and third-degree burns, but he continues, “This experience taught me that I can faint when something gets too painful. It is also possible to give in to pain and to welcome unconsciousness instead of fighting it … It changed my relationship to pain. I was no longer afraid of pain or physical punishment … It eliminated anticipatory dread and feelings of fear in me.”

Unfortunately, Vogel’s ability to numb himself emotionally and physically complicated his relationship with his father. When he was very young, his father had to be away from home a lot, which left Vogel always yearning for him. But when he finally joined the family permanently, things changed dramatically. Vogel, who was very much a free spirit, was used to coming and going as he pleased. He couldn’t understand, and ignored, his father’s efforts to tame him. Vogel’s ability to be indifferent to his father’s physical punishments only enraged him further, and the punishments grew increasingly violent.

In the latter part of the book, Vogel speaks of his arsenal of healing methods — some connected to nature, which he was intimately tied to since childhood. One of the locations was here on the Island, to which he returned permanently in 2011. But being in the water, meditation, skiing, music, and a process called emotional feedback technique — an alternative treatment for physical pain and emotional distress in which you tap your body at meridian points — all helped him heal.

Vogel also becomes aware of the impact of generational PTSD in his family, as well as its presence globally, particularly because of wars both past and present. “Many trauma victims are not able to learn coping mechanisms in time to keep them from destroying their own lives, and in doing so, the lives of the people they love and who love them,” he says.

“Reinventing Life: My Journey into PTSD and Back,” Ilmarinen Vogel. Balboa Press. Available online as well as through local libraries via the CLAMS system. Vogel will speak at the Vineyard Haven library on Tuesday, Feb. 4, at 7 pm.