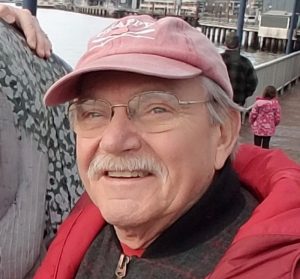 Following high school graduation, he was drafted by the Army. During his service in Vietnam, he received a number of medals and awards. After returning from Vietnam, Charlie attended Lyndon State College, and found himself bartending on the Vineyard between semesters. Some of his favorite memories were working at the Boston House for Tubby Rebello, and for Buster and Richie at Giordano’s Restaurant.

Charlie left the Island, but returned in the ’80s to build houses with Chip Yerkes. He met his wife Barbara on the Vineyard, and they moved to Vermont. In Vermont Charlie taught driver’s education. After retiring from teaching, he drove a school bus for the students at Burke Town School. He was a proud member of Caledonia County Masonic Lodge No. 27 F. & A.M.

Charlie leaves behind his wife Barbara, son Chad and his wife Heidi, his sister Lois Brown and her husband Wesley, and their children Jeff Brown and Karen Anderson and their families, several brothers- and sisters-in-law, nieces, nephews, and friends.