Winners of the investigative, engineering, and numerous special-award categories were announced Saturday, Feb. 8, at a ceremony held in the high school cafeteria. Junior Henry D’Andrea won the Science Fair’s top award for his project, “Powering Sails in Space,” and also took home the award for first place for Engineering Projects. Anabelle Brothers won first place in the Investigative Project category for her exploration of “The Effects of Ocean Acidity on Scallops.” Henry, along with a few other participants, will have the chance to compete in the Southeastern Massachusetts Regional Science Fair, taking place this March at Bridgewater State University.

MVRHS science teacher Jason Neago coordinated this year’s fair, which also featured two engineering challenge stations hosted by students from the school’s Navigator program. Judging took place on Friday, when the fair was closed to the public. The 21 fair judges represented a wide swath of science and engineering backgrounds. Some of the judges were volunteers from Island organizations, including Felix Neck, Sheriff’s Meadow Foundation, and the Vineyard Conservation Society.

Junior Owen Steenkamp received the Island Grown Initiative Award for his project, “Designing and Building a Self-Sustaining, Self-Regulated, Solar-Powered Hydroponics System” — which also garnered him an honorable mention in the engineering category. Owen’s project was inspired by his experience growing up in South Africa, where he witnessed the agricultural distress and poverty that often accompany drought and unfarmable soil. Owen has remained cognizant of these issues, and said, “I wanted to make something that could change that.” Moving forward, Owen is interested in collaborating with Island farms so that he can continue his research on hydroponics, and learn more about creating fertile environments using solar energy.

Other projects sought to address Island-specific issues. Senior Peter Burke’s project, “Testing Martha’s Vineyard Deer Ticks for Lyme Infection,” used gel electrophoresis in order to determine what percentage of his tick samples had Lyme disease when compared with the Island average. Peter’s project was inspired by a similar project being conducted at MIT, in which scientists are collaborating with MVRHS science teacher Dr. Carrie Fyler to research the possibility of safely genetically modifying mice so they cannot transfer Lyme disease to ticks.

“The point of my project was to get a general idea of how many ticks are infected by Lyme,” said Peter, “so that people can have more knowledge on the situation when they do get bit by a tick.”

Peter’s project highlights a larger trend in this year’s science fair, where many projects were geared toward making the environment healthier and safer for all. Such projects included “Making Non-Toxic, Natural, Smooth Paint” (Delilah Hammerlund), “Biodegradable Shampoo” (Kristin Perzanowski and Ingrid Moore), “Can We Build a Self-Sufficient Biosphere?” (Ethan Creato and Eric Reubens), and many others.

Twenty-five island businesses sponsored the 21st annual MVRHS Science Fair by providing refreshments, supplying prize money and gift certificates for participants, and donating door prizes for fair attendees. The science fair continues to provide the opportunity for students to display their engineering, research, and innovation acumen, while also highlighting the generosity and involvement of the wider Island community. 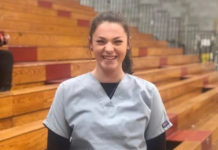 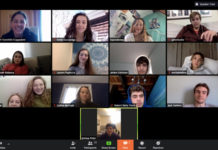 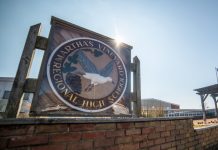 Have Faith: Hope and Resurrection