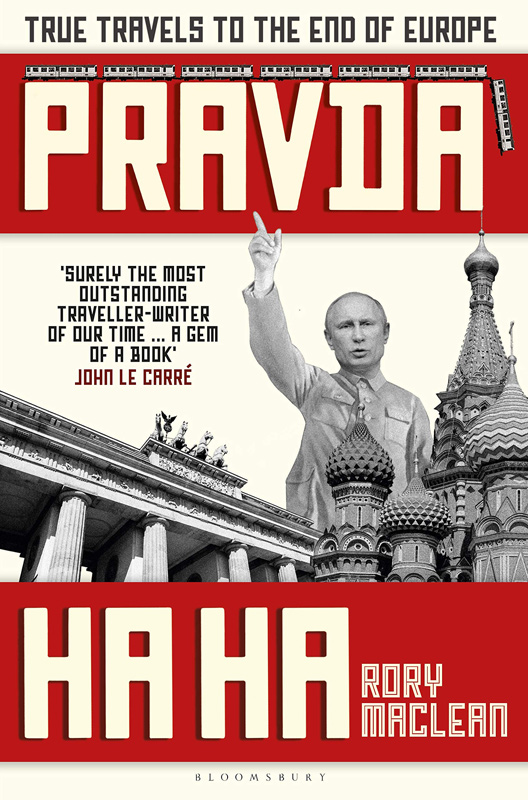 Putin’s Pecker (pipiska putina) is a blond, phallus-shaped hallucinogenic. (Real name Ascomycetes fungi). Pipiska putina grows only in the wild forests west of Moscow, where it flourishes in seclusion below the frost line by wrapping itself around the primary taproots of trees. The coveted, high-priced truffle, said to stimulate a sustained trance-like sense of invincibility, is covertly available only to powerful Russian oligarchs and those currently in their favor.

According to the author of “Pravda Ha Ha: True Travels to the End of Europe” intrepid British reporter Rory Maclean, “On my tongue it tasted of musk and earth, darkness and even sex, if sex has an aftertaste of vanilla.”

Dmitri Denisovich, the brash billionaire serving slivers of the magic mushroom to Maclean, has amassed his fortune on exactly what Maclean is savoring: black-marketed Putin’s Peckers. With a vast fortune meticulously laundered and banked safely in Switzerland, Dmitri now is soliciting from Maclean a movie script to depict his own heroic rise, from kopek-less teenager when the Soviet Union collapsed, to his current world-on-a-string status in Vladimir Putin’s empire, also known as Russia.

With the metaphoric mushroom ingested, the reader then follows Maclean down the beckoning rabbit hole and through the intriguing dystopias of Eastern Europe. Maclean’s ironic wonderment, part Lewis Carroll and part George Orwell, is heightened by his having traced this same meandering route 30 years before, just after the Berlin wall had fallen. He visits remarkable individuals, whose lives have since been tossed mercilessly from the golden epiphany of the wall’s disintegration into the rat’s maze of venality and corruption ruling in Russia, Estonia, Ukraine, Hungary, Poland, and Transnistria.

(Transnistria? It’s a real — and really corrupt — snake-shaped country famous for smuggling drugs and weapons and humans, and squished between Ukraine and Moldavia).

Maclean’s characters have all been active in the politics or the economies of their countries. Most have fallen from grace, as rightists seized control across the current political landscape. Maclean’s pithy and intimate interactions reveal their dilemmas. He cuts to the core of their emotions. We meet injured, sometimes benumbed, souls. We also encounter manipulators, hustlers, fugitives, and thieves.

“Pravda Ha Ha” serves as a useful primer on the geopolitics of the region, but Maclean’s exquisite brushstrokes also portray the natural beauties and the architectural magnificence and cultural oddities of many places most of us have not seen and are not likely to visit.

In Kaliningrad (formerly Königsberg) we tiptoe behind an inebriated young guide through the bowels of an ancient Teutonic castle in a late-night search for amber treasure. In Estonia we take a refreshing sauna then feast al fresco with the mastermind of the “Soviet Secret Barbecue Society.”

In Gdansk we visit a new Polish history museum, recently being refitted with racist and militaristic exhibits by the right-wing Law and Justice Party. In Tiraspol, capital of Transnistria, we celebrate the 58th birthday of Vladimir Nikoluk, engineer and mini-oligarch, with Ukrainian vodka and blood sausage. In Budapest, after lolling in the therapeutic waters of the Kiraly baths, we linger late in the poorest shantytown of Pest, where a down-and-out fruit and vegetable salesman carefully distills flavored vodka to serve to his equally impoverished and homeless street cronies.

Through all these marvelously described encounters, we take uncomfortable steps in the shoes of each of Maclean’s characters. By the time he leads us back to London to take stock of our sojourn, we wonder if the fall of the Berlin Wall 30 years ago was not itself a tasty hallucinogenic, a trance from which modern democracy is now reluctantly awakening.