Lucy Louise Davis, formerly Lucy Valente, 95, died on May 9 from complications of COVID-19, surrounded by brave and loving healthcare professionals. 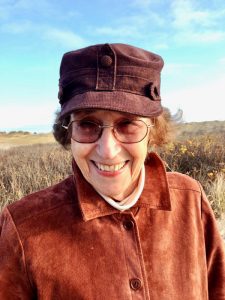 Lucy was born on Dec. 27, 1924, the only daughter of Italian immigrants George and Caroline Valente, who through hard work and perseverance rose to the middle class. Following their example, Lucy excelled in her studies and graduated with honors from Malden Catholic High School. As a freshman at Lowell Teacher’s College, she was introduced to her future husband, John F. (“Jack”) Davis, by Brother Gilbert, CFX, better known for introducing baseball great Babe Ruth to the Majors. World War II interrupted their romance when Jack left to fight in the Pacific for the U.S. Navy. There ensued a passionate letter-writing campaign. Lucy’s traditional father was intent on preserving his daughter’s reputation, so Jack sent innocuous letters to her parents’ house, and saved his more romantic missives for her college address. Lucy graduated as valedictorian from Lowell Teacher’s College, and Jack returned home from the war just days before her college prom. They married, and Lucy became a schoolteacher. Jack opened Jack Davis Florist, and Lucy signed on as store manager. The couple had two daughters, Carolyn and Kathryn.

In 1965, the pair discovered the charms of Martha’s Vineyard, and returned every summer thereafter. They soon bought an old sea captain’s house in Vineyard Haven, and later built a new home in Oak Bluffs. Upon retirement, they sold their home in Jamaica Plain and moved to the Island full-time. Lucy especially loved the bucolic views from Middle Road and beautiful sunsets in Menemsha. A “wicked” Scrabble player, Lucy could easily defeat her daughters into her 90s. It wasn’t until her granddaughter Michelle arrived that she finally met her match.

The family requests that any gifts in her name be made to Martha’s Vineyard Community Services, 111 Edgartown Road, Vineyard Haven, MA 02568. Funeral services will be held for immediate family only.