Beloved daughter, sister, and aunt Ruth Berkowitz, 98, passed away peacefully on May 27, 2020, at the Riverside in New York City, where she had resided for the past three years. 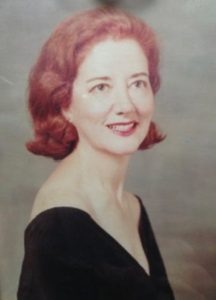 Ms. Berkowitz was born on Nov. 18, 1921, to Russian immigrants Dora Sulzer Berkowitz and Barnet Berkowitz on their Holstein dairy farm in Flemington, N.J. Dora and Barnet had four daughters, Zelda, Esther, Shirley, and Ruth. The youngest, Shirley and Ruth, were twins. Their father Barnet was a horse and cattle dealer, and founding member of the Flemington Jewish Community Center and Flemington Jewish Cemetery.

Ruth was married as a young woman to a soldier (details not available) who died in the Korean War. She never remarried, and moved to New York City in the early 1960s. Ruth worked as a secretary most of her adult life, for Sylvania. She enjoyed all that New York City life had to offer: lectures, concerts, movies, walks in the neighborhood, and dancing at Roseland on the weekends. She spent many weekends in Flemington visiting her mother, two sisters Shirley and Esther, and their families. She loved children and was always happy to babysit Jonathan and Barbara, so her sister Shirley and husband Ira could enjoy a night out.

Ruth will be lovingly remembered for her quick wit, easy smile, cheerful disposition, and love for her family. Ruth was very independent, and lived her life as she wanted to, uncompromising, and self-sufficient, well into her 90s. She took great pride in telling everyone, “I can take care of myself,” and she did, for the most part, until moving out of her Upper West Side studio apartment to the Riverside nursing home in the final years of her life.

Ruth was very close to her sisters throughout her life. She was closest to Shirley, her twin, the beloved optimist of the family, known for her warmth, loyalty, and selfless caregiving. Her beloved older sister, Zelda Kaplan, was a humanitarian, notable New Yorker, and a fixture in New York’s fashion scene for many years. All four sisters were quite dynamic in their own way. Ruth Berkowitz is survived by her nieces, Barbara Dworkin Binder of West Tisbury, and Betsey Ann Harris of Irving, Texas; nephews Jonathan Dworkin of Poughkeepsie, N.Y., and Stephen Kaplan of Plano, Texas; and grandnephews Benny Binder of West Tisbury and Steven Dworkin of Poughkeepsie. Her sisters, Shirley Dworkin, Zelda Kaplan, and Esther Kaplan all predeceased Ruth.

Private Zoom funeral services were held on Sunday, May 31, in Flemington, N.J.; arrangements were made by the D.J. Wright Funeral Home, Flemington.