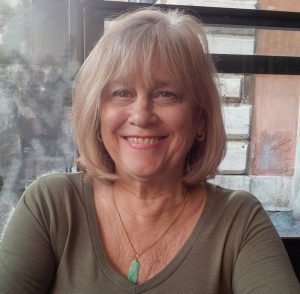 Born and raised in Brooklyn, N.Y., she was a daughter of Edward Corso and Jean Vincenza Vigliotti Corso, and older sister to the late Edwina Corso. She received her nursing degree from Mary Immaculate Hospital School of Nursing in New York City, and a bachelor’s degree in biochemistry from Boston University.

Carol raised her family in Newton for 20 years, where she worked as a Realtor. She was the “cool mom” that all the kids came to because they felt accepted in her home. A lover of the Cape and Islands, she later moved to East Chop on Martha’s Vineyard, after spending many summers in Provincetown. On the Vineyard, she was a visiting nurse at Martha’s Vineyard Hospital, and a nurse in the Oak Bluffs School, working with special-needs children. She worked in early childhood intervention later in life for the state of New York, and cared deeply about children.

She was an avid gardener with a large vegetable garden on the Vineyard, and even in her small urban backyard, she recently found space to plant an apple tree, which she was so proud of.

She actively promoted healthy living through good food, and was a religious follower of the keto diet — which she would not let anyone forget. On Martha’s Vineyard, she was a part of the Slow Food Movement, a member of the Agricultural Society, and believed strongly in farm-to-table dining. She was also a longtime member of the Italian-American Club and the Trollope Society.

Four years ago, after 23 years on Martha’s Vineyard, she settled in Providence, R.I. to be closer to her family. Passionate about her Italian heritage, she loved studying the language, cooking family recipes with her granddaughter, listening to opera, and spending her winters in Rome, where she returned each year. In fact, it was on an Alitalia flight that she met her partner, Mike Wilson, with whom she spent her last four years happily enjoying “la dolce vita.”

She had an impeccable fashion sense, and always dressed in style. Carol could toss a scarf around her neck, apply lipstick, change her shoes, and walk out the door like she stepped off the pages of a fashion magazine. Her strong sense of style didn’t stop at what she wore; she was larger than life and a fabulous force to be reckoned with.

You can take the girl out of Brooklyn, but you can’t take Brooklyn out of the girl. As a longtime friend shared, she lived with courage, defiance, and a living-out-loud New York Italian constitution. She always invited lively conversations, whether about politics, healthcare, or people she loved. Over her 78 years she touched many lives, leaving a legacy of love, kindness and acceptance of others. She is unforgettable.

Her visitation will be held Thursday, June 18, at Bellows Funeral Chapel, 160 River Road, Lincoln, R.I., from 10 to 11:30 am, followed by burial in Swan Point Cemetery, Providence, R.I. Please note: Per the R.I. Dept. of Health, due to COVID-19, only 15 people may be in the funeral home at any time during the visitation.

In lieu of flowers, contributions in Carol’s memory to the Martha’s Vineyard Agricultural Society, P.O. Box 73, West Tisbury, MA 02575, or at marthasvineyardagriculturalsociety.org, would be appreciated. For directions and guestbook, please visit bellowsfuneralchapel.com.