On Thursday, Sept. 10, at 6:30 pm, the library kicks off the Chilmark Music Series with Missis Biskis. From Hank to Hendrix, Loretta to Lucinda, Missis Biskis hits all stops along the way on the Americana highway. Join the Zoom couch concert from the comfort of your own living room, kick back, grab a cup of cheer and a dance partner. Email tthorpe@clamsnet.org to sign up and get the Zoom invite. The concert is free and sponsored by the Friends of the Chilmark Library.

On Saturday, Sept. 12, at 5 pm the library presents a book talk about “The Sensitives: The Rise of Environmental Illness and the Search for America’s Last Pure Place” with author Oliver Broudy. The book is described in a press release from the library: “Somewhere in the piney wilds of northern Arizona, a man has gone missing. His friends and followers fear he has committed suicide. For those of his peculiar tribe, tormented by symptoms they cannot understand, dismissed as crazy by their own families, death is just the final step in a long retreat from a world that has become as alien and inhospitable as Mars.”

Environmental illness (EI) has been called the defining ailment of our time — not just because it is characterized by a violent reactivity to all the trappings of modernity (everything from the pesticides on our produce to the fire retardants in our electronics) but because, at a time when it has never been more difficult to distinguish between what is fact and what is distortion or mere hysteria, no one is sure if it exists, the library’s release says.

Author Oliver Broudy has written for Men’s Health, the New York Times, Mother Jones, and many other publications. His work has taken him to China, Afghanistan, New Zealand, and elsewhere. He has written about mega-pop stars, mega-sports stars, kung-fu, anarchy, and lots of weird medical conditions, the release says. He is a finalist for the National Magazine Award, and his Amazon Singles have twice been named best Single of the year. A long time ago, he worked with George Plimpton at the Paris Review. Email tthorpe@clamsnet.org to sign up and to get the Zoom invite.

On Thursday, Sept. 17, at 9 am, WCAI’S The Point On Air Book Club with the Chilmark Free Public Library continues. The September selection is the new novel “Beheld” by TaraShea Nesbit. The story follows a stranger’s arrival in the fledgling colony of Plymouth, and a crime that shakes the divided community to its core. Nesbit reframes the story of the pilgrims in the previously unheard voices of two women of very different status and means. She evokes a vivid, ominous Plymouth, populated by famous and unknown characters alike, each with conflicting desires and questionable behavior, the library’s release describes the book. With Mindy Todd, TaraShea Nesbit, and the Chilmark library. Tune in to 90.1 WCAI Cape and Islands Public Radio. Email tthorpe@clamsnet.org for more information. 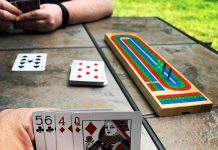 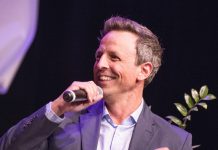 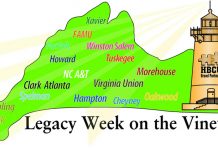