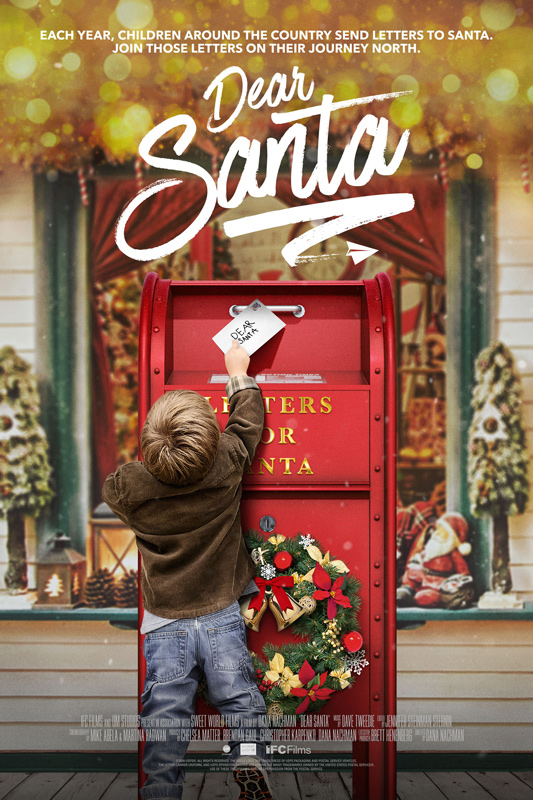 “Dear Santa” is the heartwarming documentary delivered to the M.V. Film Center, starting on Friday, Dec. 4.

In a year when the U.S. Post Office has suffered a barrage of attacks by the Trump administration, this film offers an antidote to the politicking, including by current Postmaster General Louis DeJoy, a major Trump donator. DeJoy decimated the USPS supply chain, including sorting machines and other equipment that kept it running smoothly and efficiently. His actions generated enough of a public furor that it caused DeJoy to rescind some — but not all — of his efforts to make the Post Office suffer, especially financially. There were serious concerns that the Post Office would not be able to handle the enormous influx of mail-in ballots for the election, most of which were likely Democratic.

But “Dear Santa” tells a different story, of how the USPS brought joy to needy children in the form of Christmas presents. “Dear Santa” was directed by awardwinner Dana Nachman, who is also responsible for “Pick of the Litter,” about guide dogs for the blind. She structures “Dear Santa” around the cities and towns that have active USPS Operation Santa programs.

The program began more than 108 years ago, when children began writing letters to Santa Claus addressed to the North Pole, and rather than ignore or discard them, a postmaster responded. Operation Santa has been going ever since.

The film begins at Pearce Elementary School in Pearce, Ark., and shows children explaining what they think Santa Claus represents, and the pictures they draw. Then they are shown writing their Christmas wish letters. Volunteers, called Elfs, process the letters, and an effort is made to answer all the letters that arrive before Christmas, and to give children what they asked for. The film explains that different regions tend to ask for different toys: in New York, it’s electronics; in California, surfboards. Eventually it becomes necessary to digitize the letters because of the number of them.

The next scene is in Chicago, where the film explains how Elfs reach out to individuals to adopt children and their letters, providing their presents. The head Elf is Janice, who explains how she got involved. She puts tissues on the table, because people who are there to adopt a family end up so touched they cry.

Families up to 10 are included. A realtor explains how he started with one family, and has ended up with well over 100. It is followed by New York, where Gail is the head Elf. She talks about Santa as if he’s a real person: “He knows that we’re out here and we’re doing his work.”

Not all holiday presents are about toys. In one case, a ride in a limousine around Manhattan was what one teenager and his family enjoyed. Another child asked for — and received — a puppy. Yet another family received a much-needed sofa and a mattress.

Damion DiGrazia describes how he felt as a child when he took part in the Santa program. The films explains how he became involved, and illustrates the point the program makes — one person can really make a difference. “It’s that Christmas magic,” DiGrazia says. “It’s what gets me out of bed in the morning.”

Information and tickets for “Dear Santa” are available at mvfilmsociety.com.