From time to time, The Times will feature dispatches from Islanders around the globe. This week, Nicolas Ruderman writes again from Paris. Ruderman has spent his summers on East Chop since he was born (19 years now). He is Franco-American, and during the school year lives in Paris. He is a second-year student at l’Ecole W, a media school. He is also a second-year student in acting at the Cours Florent.

The situation with COVID-19 has evolved since I last wrote. We are now in semi-lockdown, and students are no longer able to attend school. All of our courses are online. As I sit at my desk, I think back on the delicious chocolate croissant from Behind the Bookstore.

Every 14th of July, for Bastille Day (commemorating the French Revolution), my family and I kick off the day with something typically French, so we go to Behind the Bookstore on Main Street in Edgartown to have a nice plain croissant or chocolate croissant, as the Americans call the French “pain au chocolat.”

It may be the best pain au chocolat I have ever eaten, and I’ve eaten a lot here in France!

You will have to get up early to be lucky enough to eat one. Both are sensational. The golden yeast pastry dough of the croissant, right out of the oven, melts in your mouth, and if you have the chocolate one, the warm chocolate inside the perfectly crunchy roll will delight you.

If croissants and chocolate croissants are the most mainstream pastries for petit déjeuner (breakfast) and goûter (end of the afternoon snack), there are many other delicious pastries in France worth tasting. Here is my Top Five list of my favorite French pastries, with their unusual names and share of anecdotes.

The Paris-Brest is named after the bicycle race that went from Paris to Brest and back until 1951. Pierre Giffard, the race organizer, commissioned Chef Louis Durand to create a dessert that paid tribute to the race: He came back with a desert shaped like a bicycle wheel (similar to a doughnut in the shape of a circle with a hole in it) made out of choux (puff pastry) filled with praline cream and with almonds on top.

The éclair (which means “lightning” in French) was originally called pain à la duchesse (duchess bread). This pastry, which is shaped like a finger, was originally covered in almonds until Marie-Antoine Carême, le pâtissier des rois (the royal pastry chef) decided to fill the choux with chocolate or coffee pastry cream instead, and cover it in caster sugar, creating the éclair as we know it today. Some people think that the name éclair comes from the fact that it is so delicious that one eats it in a lightning flash. Others believe that the reason for its name is that it would sell out so quickly.

Similar in taste but not in shape, the religieuse (literally translated as the nun), was created by the famous Parisian café Frascati. This dessert consists of a big choux (profiterole ball) topped by a smaller one. Both are filled with chocolate or coffee cream, and have icing. The name supposedly comes from the aspect of the pastry resembling a nun in her cloak,

Originally, the macaron was just a biscuit. In the early part of the 20th century, the pastry chef Ladurée invented the “Paris macaron,” a sweeter and more perfumed macaron, with jam or butter cream stuffed in the middle. Made from almond powder, caster sugar, and eggs, this recipe remains to this day one of the most famous worldwide. The circular pastry comes in all imaginable flavours.

Finally, the famous madeleine immortalized by Proust is the perfect pastry, and can be eaten at any time of day. It has become quite fashionable, and is often complimentary to your coffee order in nice cafés around Paris. One anecdote claims the madeleine is named after Madeleine Paumier, who had to step in for the cook she was working for when he walked out of the kitchen due to an argument. Resourceful, Madeleine made a divine sponge cake, and the madeleine was born. The madeleine is recognizable by its shell shape.

If you are in Edgartown, I highly recommend Behind the Bookstore to all French pastry enthusiasts, as I look forward to eating a chocolate croissant next summer on the wonderful island of Martha’s Vineyard. 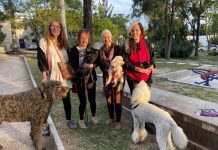 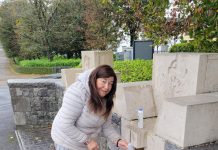 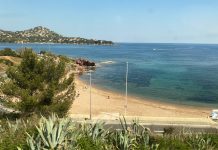