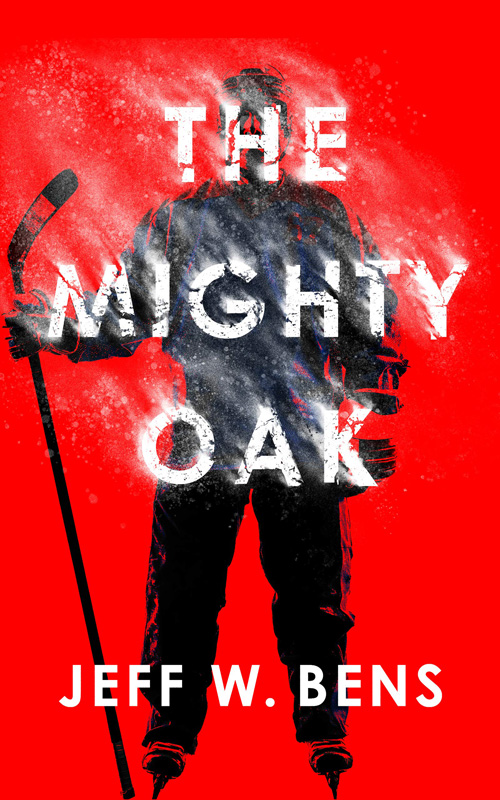 This is a very good book. It’s not a “hockey” book. “The Mighty Oak” is a complex book, and a morality play about how hard life can knock when you’ve not been prepared, lack the tools. Hockey is the delivery system for this story.

Tim (“Oak”) O’Connor, 32, a son of Southie, was on his way up 10 years ago — “up and out” as they used to say in Boston’s downscale blue-collar neighborhoods, now bastions for people of privilege who began on top.

Oak was MVP in Pee-Wees, a high school MVP, same thing on scholarship at Providence College with Friar hall of fame status. A direct route out of South Boston. Oh boy, shades of young Ray Flynn. Oak could do it all: skate, score, and fight. He’d had training in fistfighting as a kid, fighting in amateur rings. Very good at it, but also liking it and needing it.

Oak saw himself as a complete player. Turns out pro hockey saw him as a goon, valued him for violence. Oak started fast in the AHL, the NHL’s top minor league. Ten years later he’s working in the low minors, in Texas, where his brawls are the stuff of the Jumbotron. For two grand a month. But the dream is still alive.

“The Mighty Oak” is Jeff Bens’ second novel, the first in 17 years. Bens runs the undergrad creative writing program at Manhattanville College, and has had an interesting career as an academic entrepreneur, shepherding expanded creative writing programs at Manhattanville and starting a film program at the University of North Carolina. He has published short fiction, and directed “Fatman’s,” an award-winning documentary film set in a University of North Carolina neighborhood.

Bens has a short, crisp writing style and a talent for dialogue reminiscent of George V. Higgins (“The Friends of Eddie Coyle”) with some Joycean riffs. Writing coach John Hough of West Tisbury will like the way Bens’ dialogue shares meaning with words unsaid. Bens leads us effortlessly into the plotline of wounded warriors and wounded victims.

Oak’s back in Southie for Ma’s funeral. Dad left in Oak’s adolescence, Ma dove into the bottle, nicotine, and cocaine. Now she’s dead, and her son is back to bury her while under a 25-game suspension by the Texas league for undue violence.

Tim rescues Kip, a Latino adolescent who’s getting tuned up by his friends behind a skating rink. Kip’s ma is in the wind, Dad’s teaching him to play piano when he’s not drunk, and beating the tar out of him. Turns out Kip’s got talent as a musician.

In other developments, Oak’s body, held together by shoulder, back, and hip surgeries and major painkillers, can lead his mind in odd directions, like popping a cop who rousted him in a park. Oak got a righteous beating from arresting officers on the way to the police station, and now he’s looking at real jail time.

Enter Jill, a high-end lawyer who’s doing some pro bono work as a public defender, and has her own bag of problems. Thus the three unlikely fellow travelers are off, if not looking for resurrection, then for surviving the tornadoes in their lives.

Bens has a good ear for the neighborhood. His references to local heroes, the Cunniffs and Donatos, are true. Bens worked to develop the other characters as complete people, including Shark, Oak’s mentor, and Slats, his best friend.

We talked to Bens a few weeks ago and asked him about his own hockey connection: “You write like you were a neighborhood guy. Where are you from?”

“Thanks,” Bens said. “ I actually grew up in Wellesley and went to Brown University in Providence. My background is not as a hockey guy, so I spent 10 years researching the story. I like collision sports, and want to convey a sense of time and place. Hockey certainly offers models for wounded protagonists. I mean, in the minors, a lot of people come to games for the fights.

“Place and time and work are important themes for me. I wanted it to be an authentic slice of life, not a touristy view of South Boston culture that we’ve already seen.”

Bens is a straightforward guy. He contacted The Times because he likes the Island and its newspaper. “My family lives in Falmouth, so I’ve been on the Island a lot. I got introduced to the paper that way, and like what you guys do, so I wrote asking for a review,” he said.