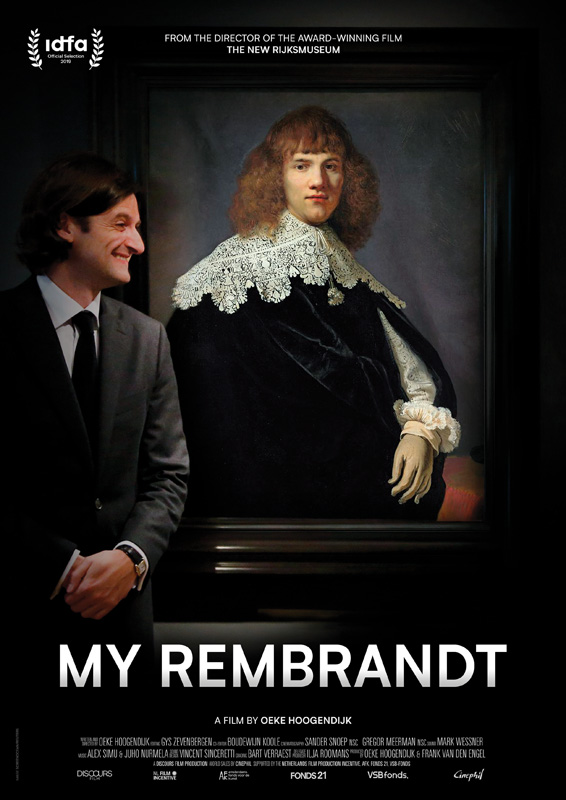 “My Rembrandt” (2019), a documentary about the legendary Dutch master, is playing virtually at the M.V. Film Society’s site. It is a remarkable tale by Oeke Hoogendijk, the Dutch director known for her 2014 film “The New Rijksmuseum.”

Rembrandt van Rijin is the Dutch painter from Leiden, considered one of the greatest visual artists in the history. He worked in the period known as the Dutch Golden Age, creating vivid portraits, landscapes, self-portraits, and scenes from the Bible. His etchings were also important.

In this documentary, the emphasis is on “My,” and the people who own or aspire to own Rembrandts are spotlighted. “My Rembrandt” begins with Richard Scott, the Duke of Buccleuch, and his 80,000 Scottish acres. He owns “Old Woman Reading” (1665), and to avoid a repeat of the 2003 daVinci theft that occurred, moved the portrait from its high perch to a private room on a higher floor, above a questionably active fireplace. He thinks of the portrait as vividly alive, “the most powerful presence in this house.” The film shows him reading in front of the painting. The film’s close-ups of “Old Woman Reading” reveal details that illustrate the artistry of Rembrandt and help make this film compelling.

Another collector the film focuses on is American billionaire Thomas S. Kaplan, with the largest collection of Dutch painters in the world at 250 works. While he bought 15 Rembrandts, he didn’t keep them for himself but lent them to museums for public appreciation. One of his favorites is a diminutive portrait of an old man, who makes a sad presence. After acquiring “Woman in a White Cap,” Kaplan was moved to actually kiss the woman’s portrait on the lips.

Baron Eric de Rothschild chooses to help his brother pay taxes and insurance costs by selling two Rembrandts: the twin wedding portraits of Martin Soolsman and Oopjen Coppit. The Louvre and the Rijksmuseum competed to buy these portraits, and end up jointly acquiring them. The Rijksmuseum expressed disappointment that it would not own the paintings outright, and it arranged for the Louvre to display them first, so the Rijksmuseum would be able to restore them.

Amsterdam art dealer Jan Six XI provides “My Rembrandt” with its most interesting and extensive story. Six is a descendent of the first Jan Six, who was Rembrandt’s friend, and the family owns the original portrait of Six by Rembrandt. Looking at the cover of an auction catalogue that displays a Rembrandt portrait of a young man, the Six descendent guessed that this painting was not by one of the artist’s circle, as identified, but an actual, undiscovered Rembrandt. He enlists art historian and Rembrandt expert Ernst van de Weterling, who helps determine that the portrait is an authentic Rembrandt. It is the first new Rembrandt discovered in 40 years. Although Six began by partnering with another dealer, he bought the work on his own, in a betrayal that caused considerable controversy.

“My Rembrandt” conveys the passion for and commitment to Rembrandt’s work by these collectors, along the way providing intimate views of the paintings. This combination makes the film particularly interesting and informative.

Information and purchase of the virtual viewing of “My Rembrandt” are available at mvfilmsociety.com.