Leonard Tawayena Kapungu, 80, of Chinyabowa, Zimbabwe, passed away on April 20, 2021, in his home in Oak Bluffs. 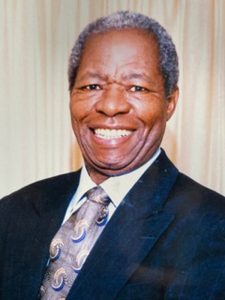 Leonard was born on August 23, 1940, to Muchawira and Teresa Kapungu in Nyanga, Zimbabwe. After graduating from Kutama High School, he went on to study political science at the University of Rhodesia. As a refugee in Botswana and Zambia, he was offered a full scholarship to Colorado State University in Fort Collins, and then completed his doctorate at the London School of Economics. After years of teaching as a professor in the U.S., he joined the United Nations, where he had a 35-year vibrant career, traveling to more than 40 countries, where he passionately advocated for countries that were in turmoil and needed to be independent, including his country, Zimbabwe.

In 1969, he met Mercy J. (Muchena) Kapungu in New York, and they wed in 1970, going on to have three children, Chivimbiso, Chisina, and Fungayi.

After retiring in 2000, Leonard spent his time creating the Center for Peace Initiatives in Africa, and built a Catholic church in his rural homestead, where he expanded his family’s farm. With his abundant energy and passion, he also developed and managed Brackenridge Resort as a loving gesture to showcase Zimbabwe’s ongoing economic development to international visitors. Never tired, always loving, he was there for people in need, and always full of hope and ideas for any person or country in crisis.

His funeral Mass will be private, and he will be laid to rest at Sacred Heart Cemetery in Oak Bluffs.