Gardeners are thrilled. This spring, the dazzling bloom on flowering plants and shrubs has been the best kind of gratification; fantastic really, and it is not finished yet. Late rhododendrons are still colorful, specimen kousa dogwoods all over the Island are blanketed in white, and garlands of roses appear almost everywhere (yes, even Rosa multiflora).

After bloom, time to prune

After rain and fog though, this floral abundance transforms into something else: browned flower trusses, funky debris, and slimy litter — in an ideal world, best removed. This cleanup, or deadheading, is also a good opportunity to shape the plants that have recently bloomed and to prep them for the next display, whether next month’s or next year’s.

When removing the faded flowers of rhododendron (obviously impossible on landscape-scale plants), there are two ways to do it. Trim or break off just below the truss, where the stems of individual florets join the stem above a little wrinkled-looking scar; or, go back toward the trunk to the next set of leaves, and cut there. Doing the latter will result in gentle tightening of the plants’ habit, something that may be necessary on a vigorous plant slowly out-growing its space.

The insignificant chartreuse flowers of Euonymus, a.k.a. “burning bush,” soon become coral seeds that lead to the invasiveness of this shrub; but trimming the bushes before that happens helps to eliminate self-seeding.

Peonies and roses, including the many Knockouts advertised as needing no deadheading, can drop a heap of petals on the soil below. Deadheading takes care of the petal drop beneath the plants before raking becomes necessary. Prune back to the first or second five-leaflet.

Heritage roses such as Gallica, and Rambler cultivars such as ‘Dorothy Perkins’ and ‘Excelsa,’ will not rebloom; cut trusses back to main canes and refine the structure, right after bloom is finished.

Lilacs, as I have mentioned recently, are a slightly different case, with removal recommended of the passé flower trusses but delaying other pruning until after the active period of the lilac borer. Deutzia, spirea, and potentilla are shrubs that typically bloom with an overall covering of flowers. These are usually sheared or pruned back after bloom, sometimes by as much as a third, which promotes a new flush of flowers. If the blooms of oakleaf hydrangeas are browning, deadhead now. Shorten back flowering stems of gardenias after bloom.

Descending closer to the ground, stalks of the various biennials and perennials that have gone by may be cut out now. Siberian iris is a notable self-seeder; deadheading now eliminates weeding later. Foxgloves sprout ancillary flowering stems if the main stalk is removed. Baptisia sets seed pods that rattle as they dry, giving rise to a nickname, rattle-pod. Let stand, or remove.

Nepeta’s mounds of blue are in first flush, but then grey out. Cut back by one third to one half, and more flowering stems will develop. Groom out the center candle of salvias; eventually the entire flowering stem may be cut to the base. New stems should arise from the crown.

Galium aparine is the botanical name for the plant we know as cleavers, goose-grass, Velcro plant, and several other colorful appellations. It is often given the credit, urban myths perhaps, for inspiring the Velcro concept and familiar product.

The explosion of cleavers is an annoyance as tiny green balls adhere to one’s work gloves and socks. Scraping them off furthers the plant’s aims, as the seeds hit new ground. Known to occur in waste places and hedgerows with moist, relatively good soil, cleavers are usually thought of as unproblematic, though an oddity.

Closer observation of the seed balls reveals the surface densely covered with the minute adhering hooks. The plant itself is attractive, with an intermittent starry leaf arrangement on a square stalk that is itself also minutely barbed. With its Velcro abilities, cleavers can clamber over other vegetation.

Herbalists pounce upon the weedy occupant of waste places. It has many applications, and is gathered in springtime when just about to flower. The plant is commonly prepared as an infusion, sometimes combined with other plants such as nettle and lemon balm.

According to DK’s “Encyclopedia of Medicinal Plants,” a valuable diuretic, cleavers are often taken for skin diseases, swollen lymph glands, and as a general detoxifying agent for serious diseases such as cancer. For conditions such as cancer, it is best taken as a juice, which is strongly diuretic.

In earlier times the plants were forage for geese, giving rise to one nickname, and cleavers were used in cheese-making to curdle milk. However it travelled, finding cleavers straggling into your garden is perhaps not a total annoyance, now that its benefits have been described.

The MOFGA Journal of summer 2021: “An analysis over 4,000 scientific journal articles conducted by Univ. of Maryland sought to identify the best management practices that organic growers can use to sequester amounts of carbon in soil. The study honed in on three key management practices, cover crops, conservation tillage, and use of organic soil amendments, and found that adding soil amendments such as compost and manure has the biggest impact in the least amount of time.”

‘The Nature of Oaks’ by Douglas Tallamy

Martha’s Vineyard is oak terroir. “The Nature of Oaks” is an absorbing primer of their importance and woodland ecology. Tallamy tells the month-by-month story of his oak, a Quercus alba, and all the other oaks, illustrated with excellent color photographs. He makes it interesting and tells it engagingly enough to seduce even those benighted souls who think all trees are “maples.” 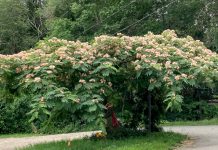 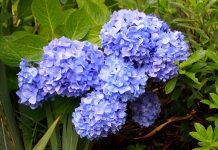 Garden Notes: Heat on our minds 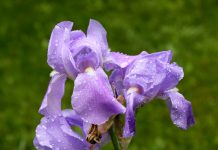