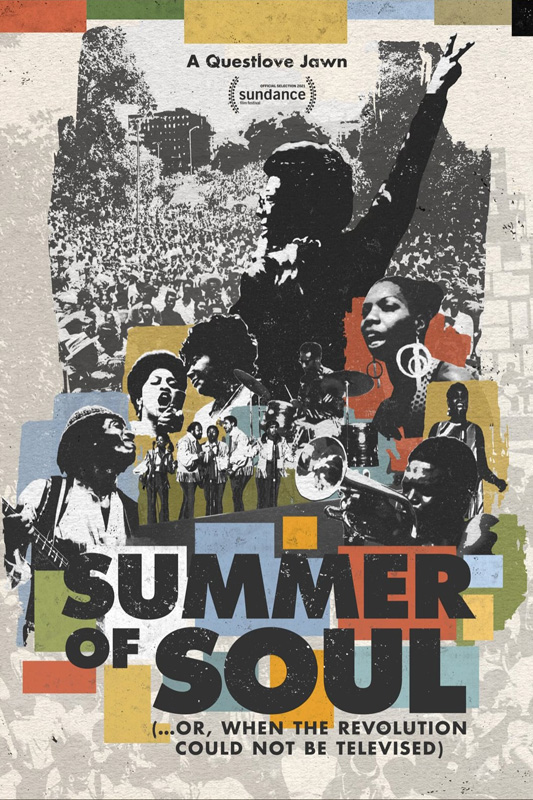 “The Summer of Soul,” the prizewinning documentary about the six-week festival of Black music held the summer of 1969, returns to the M.V. Film Center on Friday, July 2 — in time for the July 4 weekend. It’s a welcome chance to see this important film if you haven’t already.

Often called the Black Woodstock, the footage for “Summer of Soul” was buried in a basement for more than 50 years. While the Woodstock Festival, 100 miles north of Manhattan, happened for only four days, August 15 to 18, 1969, it garnered all the publicity. The Summer of Soul ran on Sundays from June 29 to August 24,1969. Director Ahmed Kahlib Thompson has revived “The Summer of Soul: Or When the Revolution Could Not be Televised” and fleshed it out with new interviews from journalist Charlayne Hunter-Gault and the Rev. Jesse Jackson.

More than 300,000 people, almost all of them Black, attended the festival. Happening a year after the assassination of Martin Luther King Jr., it marked a change in the history of Black culture. “Harlem was heaven to us,” one member of the audience said. “You felt safe. It was Camelot.”

According to festival producer and director Tony Lawrence, it was intended to “keep Black folks from burning up the city” after the violence from the year before, after the death of King. The event consisted not only of music and dance but was an occasion “just to have fun,” according to one attendee. Black Panthers provided security after local police refused, and Maxwell House Coffee was a supporter. New York City Mayor John Lindsay, a liberal Republican, was among the prominent people who attended.

The film provides plenty of examples of the music popular at the time. Among those featured are Stevie Wonder, B.B. King, Nina Simone, and Sly and the Family Stone. Many of the songs, such as the version of “I Heard It Through the Grapevine” by Gladys Knight and the Pips, became pop classics of the era. Performers provided their own distinct kind of music from pop and soul to rhythm and blues. They were joined by the Edwin Hawkins Singers, performing such gospel music as “Oh Happy Day,” as well as Pops Staples and the Staple Singers. Mahalia Jackson, who had performed the national anthem at President John F. Kennedy’s inaugural ball, was one of the best-known singers. Providing music from the Motown gospel record label was David Ruffin with “My Girl.”

Asked about the relevance in their lives of man’s first landing on the moon (July 16, 1969), participants said they found the Summer of Soul more important. “Never mind the man on the moon, let’s get some of the cash in the Black community,” said one spectator. Another added, “It’s freedom music because that’s what freedom feels like.”

Information and tickets for “The Summer of Soul” are available at mvfilmsociety.com.