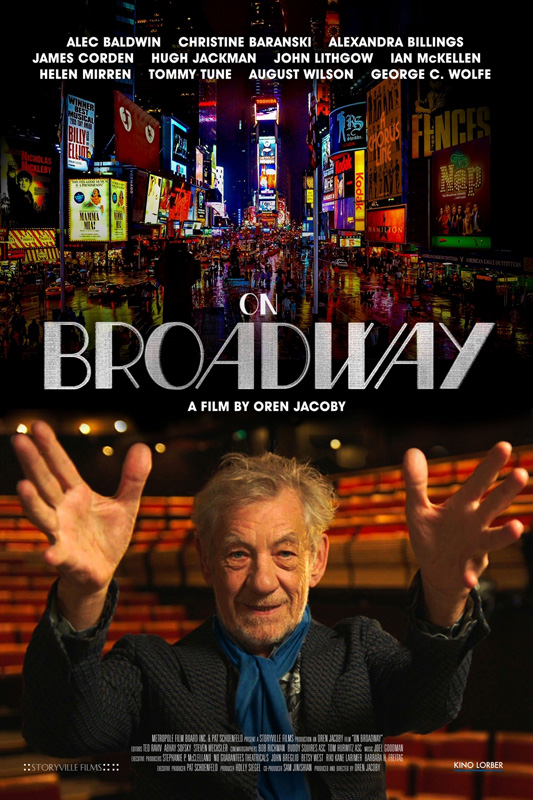 The documentary “On Broadway” makes an appropriate follow-up to the International Film Festival, and it opens on Thursday, Sept. 16, running through the following week. With commentary from many prominent actors and other Broadway regulars, as well as Oscar-nominated director Oren Jacoby, the film follows the history of this legendary Manhattan entertainment center, also known as “The Great White Way.”

Beginning in the 1960s, “On Broadway” shows the area as deteriorated, even dangerous — full of pickpockets, hookers, drug dealers, and strip clubs, although Neil Simon did open such comic classics as “The Odd Couple” and “The Goodbye Girl” during this period. By the early 1970s, attendance at the theaters there was at an all-time low. At the time, the city of New York was near bankruptcy, and Broadway was no exception to this crisis.

Then Bernie Jacobs and Gerald Schoenfeld of the Shubert organization began investing in the rundown theaters and shows, returning the musical to popularity through such talents as Bob Fosse, famous for “All that Jazz”; Michael Bennett, Tony Award winner for his choreography in “A Chorus Line,” which ran from 1975 to 1990; and Stephen Sondheim, known for “Sweeney Todd” and other hits. The development of nonprofit venues like the Manhattan Theatre Club and Joseph Papp’s Public Theater led to new Broadway hits.

The controversial construction of the Marriot Marquis hotel in 1974 led to the razing of three popular Broadway theaters. Musicals like “Cats,” “Les Miserables,” “Phantom of the Opera,” and “Miss Saigon,” along with the AIDS epidemic — which meant the loss of many actors — led, however, to the clean-up of the area. August Wilson launched such successful African-American plays as “Fences” in 1985.

By the 1990s, Broadway was flourishing once again with Disney’s “Beauty and the Beast” and “The Lion King,” directed by Julie Taymor. English import Andrew Lloyd Webber brought “Evita” and “Joseph and the Amazing Technicolor Dreamcoat” to Broadway. The list goes on. During this time, there were 41 theaters in the area.

A new challenge came when ticket prices rose as high as $1,000 for “Hamilton.” Commenting on their affection for Broadway are prominent actors including Helen Mirren, Oscar winner for “The Queen”; Ian McKellen, starring in “Richard III” and “Amadeus”; John Lithgow of “Requiem for a Heavyweight” fame; George C. Wolfe, known for “Angels in America; Christine Baranski, 15-time Emmy nominee; and David Henry Hwang, the “M. Butterfly” playwright.

For all its downside periods, “The Great White Way” is best remembered for its successes, and “On Broadway” gives them full credit. It is a film worth enjoying for that reason.

Gifts of a lifetime