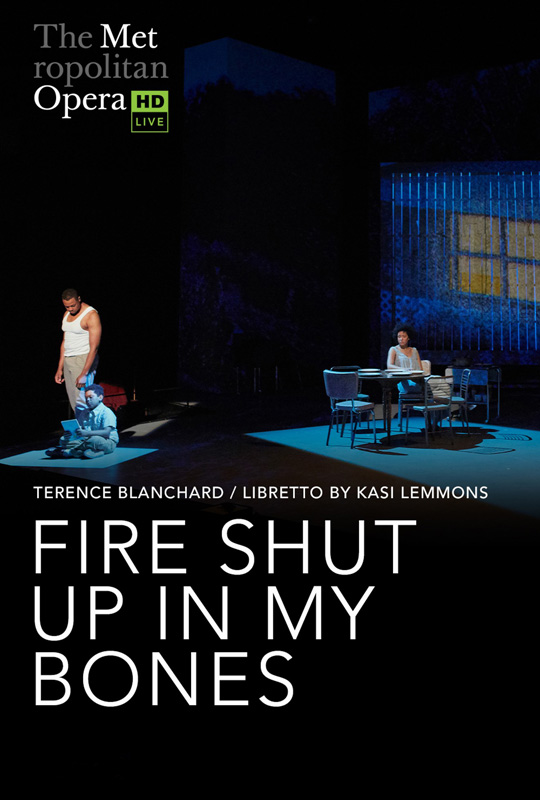 The Met Opera Live season comes to the M.V. Film Center on Saturday, Nov. 20, with a production of “Fire Made Up in My Bones.” These performances are sent by high definition (HD) live from the Metropolitan Opera at Lincoln Center in New York. The series, which began in 2006, has expanded the reach of classic opera from radio broadcasts and streaming video to opening night screenings transmitted directly to movie theaters, including the Film Center. As “Great Performances at the Met,” PBS also carries the series on TV.

The first season in 2006-2007 expanded internationally with seven theatres in Britain, two in Japan, and one in Norway. For the second season in 2007-2008, 100 more theatres were added, including some in Belgium, France, Italy, and Spain. The opera series continued to expand, with 12 venues added to the original three. The series in the U.S. also grew, reaching 343 locations in the 2008-2009 season. It has continued to grow every year. The 2020-2021 season was canceled because of the COVID-19 pandemic; the series resumed in the fall of 2021.

In a special Met Opera Encore program on Saturday, Nov. 20, the Film Center will present the Mets’ first opera by a Black composer, “Fire Shut Up in My Bones.” The Met’s music director, Yannick Nézet-Séguin, will conduct Grammy-winning jazz musician Terence Blanchard in this performance.

Adapted from the Charles Blow memoir, this opera features filmmaker Kasi Lemmons’s libretto. The tale is about the struggles of a young Black man subjected to abuse and hardship, and stars baritone Will Liverman. Sopranos include Angel Blue as Destiny/Loneliness/Greta and Latonia Moore as Billie. Following their Met production of “Porgy and Bess,” James Robinson and Camille A. Brown co-direct.

As a young man in this remarkable production, Charles drives down a Louisiana road, carrying a gun. When Destiny calls him back to his childhood, he imagines himself as 7-year-old Char’es-Baby, singing to his mother Billie, who works in a chicken factory. Billie dreams of Char’es-Baby getting an education and escaping their destitute world.

Billie confronts her womanizing husband Spinner and throws him out. She moves in with Uncle Paul, but Char’es-Baby is molested there by his cousin Chester. As an angry teenager, Char’es-Baby, now an adult Charles, attends a church service and decides to be baptized. He meets Evelyn, who brings him down to earth, and he goes to Grambling State University on scholarship. Alone now, Billie wonders what the future will bring.

Greta comes into Charles’ life, and they have a passionate affair until he discovers she has another lover. Heartbroken, he calls home and learns that Chester has returned. With gun in hand, Charles decides to confront Chester. Powerful emotions mark the story of Charles’ life.

The adult themes and language in “Fire Shut Up in My Bones” make this opera inappropriate for children. The performance begins at 1 pm on Nov. 20. The rest of the season includes “Eurydice,” “Cinderella—Holiday Presentation,” “Rigoletto,” “Ariadne auf Naxos,” “Don Carlos,” “Turandot,” “Lucia di Lammermoor,” and “Hamlet.”

Information and tickets for “Fire Shut Up in My Bones” and other Met Opera Live events are available at mvfilmsociety.com. 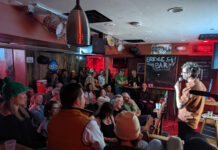