Allen Bradbury Flanders of Milton and Chilmark peacefully passed away on Jan. 3, 2022. 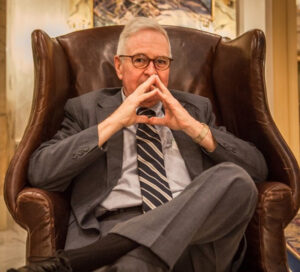 Born on March 9, 1942, Allen was the first of three sons of Florence (Bradbury) and Leslie M. Flanders of Vineyard Haven.

Allen’s childhood was spent on the Vineyard, where he became an accomplished pianist. He graduated from Thayer Academy, where he accompanied school choral groups. Summers he also substituted as an organist for several Island churches. Living near Boston, he was able to continue to enjoy symphonies and organ concerts throughout his life.

After graduating from Brown University (and a short banking stint in New York City), Allen joined the National Shawmut Bank in Boston. While there he received a master’s degree from Boston University with concentrations in trusts and asset management. Allen stayed with Shawmut’s successor, Fleet Bank, where he was a vice president and trust officer for many years before his retirement.

Although Allen lived in the Boston area, he returned to the Vineyard almost every weekend from May through November. You could find him working on his rental properties on Flanders Lane, or swimming at Lucy Vincent Beach.

Allen’s first cousin and “other brother,” Jeffrey Bezanson, predeceased him. However, Jeff’s wife, Amelia, son Carl, and daughter Aleta, survive him. Aleta was Allen’s nurse and guardian angel for the past five years.

According to Allen’s wishes, there will be no service.