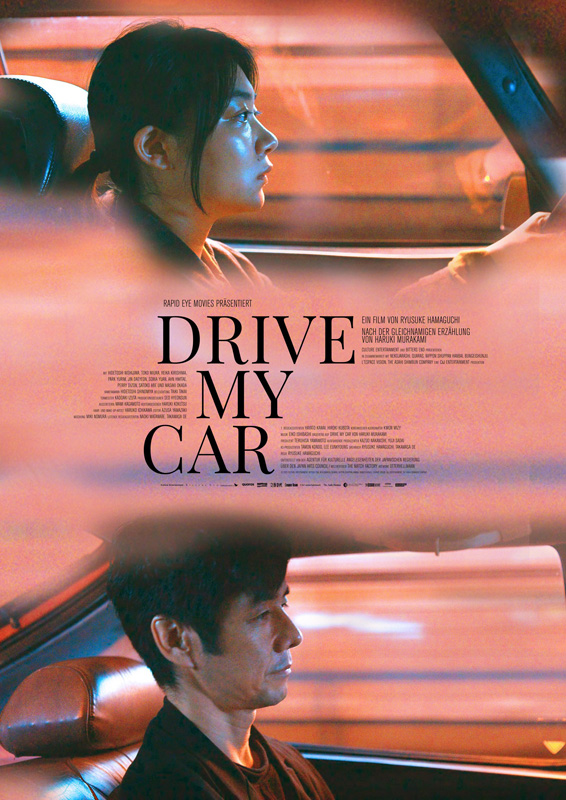 “Drive My Car” arrives at the M.V. Film Center on Friday, March 11. Despite its clunky title, this 2021 film is a major accomplishment. It is adapted from a short story by the celebrated Japanese writer Haruki Murakami. The awards it has won or been nominated for demonstrate its excellence. “Drive My Car” has won kudos from the National Society of Film Critics, the New York Film Critics Circle, and the Los Angeles Film Critics Association. In addition, it has earned four Oscar nominations: as the first Japanese film for Best Picture; for Best Director, Best International Film, and Best Adapted Screenplay.

It’s important to learn about these marks of excellence, considering that the film is almost three hours long and dependent on subtitles. It is still worth watching.

“Drive My Car” is divided into two parts. In the first, viewers watch prominent middle-aged actor and director Yusuke (Hidetoshi Nishiji) making love to his wife Oto (Reika Kirishima). Afterward, she describes the story she has imagined during their carnal play. She narrates a tale about a woman who steals into the home of the boy she’s obsessed with, leaving behind a token of her presence. In a scene that follows, Yusuke appears in a production of “Waiting for Godot.” Afterward, Oto introduces a TV actor, Toji Takatsuki (Masaki Okada), an admirer who has asked to meet Yusuke. Unbeknown to Yusuke, Toji is the most recent of Oto’s multiple lovers.

When Yusuke arrives home early after his flight is canceled, he discovers his wife making passionate love with Toji, but despite the shock, Yusuke departs unnoticed. Later Oto tells Yusuke she wants to have a serious talk with him. Disturbed, he delays coming home. When he does arrive, he finds her dead from a cerebral hemorrhage.

While playing the lead in “Uncle Vanya,” Yusuke breaks down. The first 40 minutes of “Drive My Car” are over, and the credits roll, but the film is not finished. In fact, the real film is just beginning. Enter the film’s icon, a bright red 1987 Saab 900 Turbo, Yusuke’s prized possession. As Yusuke drives, he listens to a tape of his wife reading “Uncle Vanya” and leaving space for his part.

Two years pass, and viewers see that the show’s backers have hired Yusuke to direct “Uncle Vanya” for a production in Hiroshima. Yusuke, however, is required to allow someone else to take over the driving of his car because of his developing glaucoma, and is assigned a chauffeur, Misaki Watari (Toko Miura), by the theater festival he’s working for. Reluctantly he agrees, and the viewer meets Misaki, a reticent young woman in blue-collar dress. Over time, a relationship between the two begins to develop. Misaki waits next to the car, while Yusuke supervises the play’s rehearsal. Although young for it, Toji has been assigned by Yusuke the part of Uncle Vanya. After Toji is jailed for murder, the play’s producers tell Yusuke he must take on the part or the show will be canceled.

The relationship between Yusuke and Misaki may be the important one in a film with a complex narrative. The two share a grief that serves as one of the messages of this remarkable film. “Drive My Car” is three hours well spent.

Information and tickets for “Drive My Car” are available at mvfilmsociety.com. For information about films playing at Edgartown Cinemas, visit entertainmentcinemas.com/locations/edgartown.