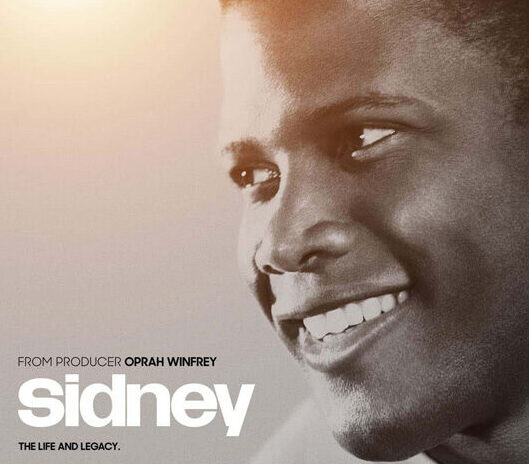 “Sidney,” a film about the legendary Sidney Poitier, plays at the Martha’s Vineyard Film Center on Thursday, Oct. 13, and will return after the Women in Film series that runs from Oct. 14 to Oct. 16. Directed by Reginald Hudlin, “Sidney” is a documentary not to be missed. Viewers hear from producer Oprah Winfrey, Spike Lee, Denzel Washington, Robert Redford, and many others who share their admiration for the man who broke the color barrier. Poitier became the first Black man to win a Best Actor Oscar for his 1963 role in “Lilies of the Field.” Poitier died on Jan. 6, at the age of 94.

Among his many accolades was the Presidential Medal of Freedom, given to him in 2009 by President Barack Obama. But an important element of Poitier was his acting talent, along with his successes as a director and producer.

This biopic “Sidney” takes a conventionally chronological approach, beginning with Poitier’s birth. He was born in Miami three months early, and wasn’t expected to survive. His father Reginald brought home a shoebox in which to bury him. But a soothsayer told his mother Evelyn that he would both survive and become highly successful. Poitier returned to the Bahamas with his parents, and stayed with them until the age of 15, when he went to Miami to live with his brother, then moved to New York at the age of 16.

After a stint in the Army, Poitier’s acting career began in New York with the American Negro Theatre. He also became a founding member of the activist committee for the Negro in the Arts. His breakthrough film role was in “Blackboard Jungle” (1954), and he became known for his refusal to take roles that used racial stereotypes. In 1958’s “The Defiant Ones,” he starred with Tony Curtis as two prison escapees chained together. His Best Actor Oscar nomination was the first for an African American.

Poitier’s role in “A Raisin in the Sun” contributed to the 1961 landmark film by Lorraine Hansberry about African American life. Another example of his film choices was in 1961’s “Paris Blues.” Also starring Paul Newman, Joanne Woodward, Louis Armstrong, and Diahann Carroll, this film contrasted American racism with more accepting Parisian values. Other well-known Poitier films include “Guess Who’s Coming to Dinner,” “Mandela and de Klerk,” “To Sir, with Love” and “Lilies of the Field.”

As a director, Poitier also performed in the successful comedies “Uptown Saturday Night” and “Let’s Do It Again.” Other films that he directed include “A Piece of the Action” and “Buck and the Preacher,” “They Call Me Mister Tibbs!” and “A Patch of Blue.”

Most important, though, is Poitier’s activist role as the top Black actor in Hollywood, who set the standard for avoiding roles that stereotyped African Americans and inspired the Black actors who followed him.

Information and tickets for “Sidney” are available at mvfilmsociety.com. For information about films playing at Edgartown Cinemas, go to entertainmentcinemas.com/locations/edgartown.