It’s a newsy week in the faith world here, it seems. After a church-led search, the congregation of the Federated Church in Edgartown announces that the Rev. Mark Winters has been selected as the next settled pastor. Winters will arrive in February, after serving at the First Congregational Church of Naperville, Ill., where he has been since his 2009 ordination.

A press release from the church says, “The Rev. Mark T. Winters has been called, by a unanimous vote at the Congregational meeting on Sunday, Nov. 13, 2022, to be our next settled pastor. He will start on Feb. 13, 2023.” Winters graduated from Boston College in 1999, and from the Chicago Theological Seminary in 2009. He is now working toward his doctor of ministry degree at the Pittsburgh Theological Seminary, the release says. The church’s release also says that the guiding principle in his ministry is social justice. We’ll be glad to welcome him when he gets here.

The Christian Science congregation welcomes guest speaker Tom McElroy on Thursday, Dec. 1, at 7:30 pm at their building on New York Avenue in Oak Bluffs. I had a chance to email back and forth with Tom before his visit, and he wrote a bit about his presentation.

What will your talk be about?

It’s about spiritual discoveries — what they are, and how they have an impact on our individual lives and communities for the better. Spirituality tends to get relegated to the realm of positive thinking, or nonsense, for a lot of folks. My hope is to show how new views of ourselves and the world, rooted in the nature of an all-good God, actually bring progress. So many of the difficulties the world faces start first with a thought, a worldview. And sometimes we forget how much our thinking matters. We look at things as fixed and solid problems “out there,” and might think of spiritual ideals as pretty pie-in-the-sky, or otherworldly stuff. But major shifts for the better in the Bible, and throughout human history, are so often about discovering new points of view. I like exploring this topic from the standpoint of “discovery” because it implies that something is already there. It’s not about miracles, or a special group, but about seeing more of what already exists in a Christ-like way, so that what’s normal and natural (whole, harmonious, equal, healthy) for everyone, already, can be proved to be true, and possible for everyone here and now.

How long have you been a Christian Scientist yourself?

I’ve known about it since I was a kid, and it was a lifeline to me growing up through some tough times. I also studied philosophy in college because I love learning about ideas from all angles. What has given me the most hope, and literally healed me numerous times, though, is the approach to practicing Christianity that Christian Science gives me.

Did you grow up in the Christian Science church?

My family weren’t super-churchgoers growing up. But Christian Science was a part of my life, and something my family turned to for help when needed.

What has your experience been?

My family was always open to me exploring spirituality and well-being, in any way I wanted. That said, Christian Science was always the starting point. Whenever I faced illness, I was given the choice of healthcare options — my family wanted me to be informed. With Christian Science as the starting point, though, every issue I faced through my youth was resolved really quickly and completely through a prayerful approach inspired by Christian Science. In college, I faced a sudden health issue that was the most difficult of my life. It wasn’t diagnosed, so it’s unclear what exactly was going on. No one seemed to know, but I was tested for tuberculosis because I had similar symptoms. After a couple of rough weeks in a care facility, a Christian Science practitioner who prayed with me said something that kind of turned the light on for me. It had to do with the way I’d been approaching college — trying so hard to prove myself worthy, maintain a scholarship, and do everything possible to “be someone” in the future. What she said helped me see there was another way forward, a way that was more authentic and meaningful — a view of myself and the source of all good from a more spiritual perspective, rather than the typical model of job title, money, etc. It was a major turning point for me. I started to feel closer to God, and to feel there was a way forward for me in my life, even though I hadn’t realized I was unhappy with things and feeling trapped prior to that conversation. I know that person was praying for my health too. Within about two days my health was largely recovered, and I was able to leave the care facility. I ended up leaving college that semester to spend time going deeper into these new views, and was completely better shortly after returning home. I did go back to school the next semester, and finish a few years later (it had been my freshman year), but I changed almost everything about how I’d been approaching school and my studies, and it put me on a new path.

Why does CS appeal to you?

I guess because it takes Christian practice out of a dogmatic thing and makes it about really understanding the Bible, and especially the teachings and life of Jesus, in a way that makes it all practical here and now. Jesus said that those who follow him would do the works he did, and that we should “judge the tree by its fruit.” I feel like Christian Science really helps me feel the all-embracing and universal love of God in a way that uplifts my whole life here and now. It means my life isn’t compartmentalized, and religion is practical and free from the stuff I think so many folks reject about religion today. It makes me feel like whatever we face, be it on an individual level, or even globally, inspirations that come from prayerful points of view will always be able to point the way forward, and bring the kind of creativity, innovation, and progress that humanity needs.

How would you describe CS to someone who isn’t familiar with it?

Hmm. At the risk of maybe sounding repetitive, I think it’s about understanding the teachings and life of Jesus in a way that helps us really walk the walk. It’s about “original” Christianity, in a sense. It makes God, prayer, healing, and Christian concepts like salvation, really relevant in our lives — not in ways that divide or condemn, but that uplift and inspire. It helps open the messages of hope and promise in the Bible in a way that’s clear and logical.

The event at the Christian Science Society building is open to everyone, so feel free to check it out.

The M.V. Hebrew Center hosts a Hanukkah service at the Tabernacle in Oak Bluffs on Sunday, Dec. 18, at 4:30 pm. There will be candle lighting, singing, latkes, and more for all ages. Rabbi Caryn Broitman will lead the service, which will also include musical guests. 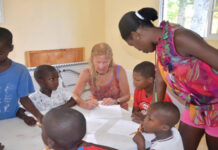 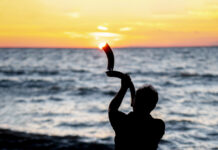