Puma is an elderly indoor cat with a case of chronic “snuffles.” That’s just what it sounds like. Intermittent nasal and sinus congestion, and a snotty nose. Sometimes she’s completely fine. Other times, thick green goop comes out of her nostrils. She’s sneezing, and sounds like she’s snoring even when awake. Feline snuffles is a weird syndrome. It is not the same as a simple upper respiratory infection (URI). Cats do indeed get viral URIs, particularly feline calicivirus and feline herpes virus. These are similar to when humans get colds. They are usually caused by viruses … and viruses do not respond to antibiotics. Antibiotics are for bacterial infections.

During an acute URI infection, treatment starts with simple, supportive care, such as feeding warmed, smelly foods to stimulate a cat’s appetite. In more severe cases, antiviral medications, anti-inflammatories, and appetites stimulants may be prescribed, and, yes, when secondary bacterial infection is suspected, antibiotics are sometimes indicated. But Puma doesn’t have an acute URI. She is the only cat in the household. She doesn’t go outside. Why does she have this recurrent stuffy nose?

Rhinitis is defined as inflammation of the nasal cavities, and sinusitis as inflammation of the sinuses. These two often occur together as rhinosinusitis, which can be caused by a multitude of conditions, including allergies, benign inflammatory polyps, viral, bacterial, or fungal infections, tumors, foreign bodies, or dental disease. Often, however, there is no obvious etiology, and we just call it idiopathic rhinosinusitis. Cats with rhinosinusitis may present with loss of appetite, sneezing, loud breathing, fever, discharge from the eyes and nose, even nosebleeds. The nasal discharge may be from just one nostril, or from both. Some cases, particularly those associated with tumors, can present with an asymmetrical swelling of the face, bulging eyes, weight loss, and significant pain.

Many snufflers have a history of a past URI, which may have led to permanent damage to the internal bony structures inside the nasal cavity and sinuses. This makes the whole system compromised and prone to recurrent problems.

After a thorough physical exam, the next steps for a full workup might start with skull x-rays, often requiring general anesthesia. Unfortunately, radiographs cannot differentiate things like tumors from infection. Dental x-rays may help identify if teeth are the source of the problem, but this is very uncommon. I did recently see an impressive x-ray revealing a sewing needle that had penetrated the roof of a cat’s mouth and then migrated way up into the nasal and sinus cavities. Ouch! The veterinarian was able to locate the eye of the needle in the hard palate and pull it out, but that was a very weird case.

Nowadays the options for skull imaging that give us the most information are CT or MRI. These are excellent for evaluating nasal passages, sinuses, and middle ear. Rhinoscopy is another useful procedure, in which a small tube with a camera is threaded up the nose to visualize the inside of Puma’s upper respiratory system. If a foreign body or mass is seen, it can be removed or biopsied. Samples can be taken for histopathology and/or for PCR tests, which can be used to confirm and identify the presence of a variety of infectious agents. All of these tests require general anesthesia. What about just culturing the nasal discharge with Puma awake? This has been compared to culturing the inside of a garbage can. It can occasionally be useful, but rarely gives a definitive diagnosis.

All these fancy tests cost a lot of money. It’s worth every penny if the doctor finds a definitive problem with a definitive treatment. If we want to cure Puma, we have to identify the underlying cause. There’s the rub. Statistically, the majority of snufflers end up being diagnosed with “idiopathic chronic rhinosinusitis” … which means we didn’t find the cause, and we don’t have a cure. The next most frequent diagnosis is cancer. All other possibilities are uncommon. Here’s where veterinary medicine struggles with our contemporary identity crisis. Do we recommend state-of-the-art diagnostics in hopes of identifying a curable condition? Or do we play the odds that Puma has idiopathic rhinosinusitis and treat symptomatically, with supportive and palliative care?

Obviously the decision is up to the owners, but they rely on their veterinarian to advise them. Well, let’s look at each cat’s circumstances. We want to factor in the cat’s age, history, exact symptoms, and lifestyle. An elderly indoor cat with years of recurrent snuffles and history of a previous URI probably doesn’t have a foreign body up her nose. A middle-aged cat with no previous issues but an acute onset of rhinosinusitis with facial deformity is more likely to have cancer. A young outdoor cat with a one-sided discharge and acute onset of sneezing has a higher chance of having a foreign body or benign nasal polyp. In Puma’s case, history and physical exam were consistent with idiopathic rhinosinusitis, so the decision was made not to pursue more diagnostics.

For empirical treatment with a presumptive diagnosis of idiopathic rhinosinusitis, although bacterial infections are rarely a primary cause, secondary infections are common. Antibiotics are often warranted. Unfortunately, many of these cats will improve while on antibiotics, but relapse when medication is discontinued. Antihistamines and/or anti-inflammatories can help with nasal congestion, as can intravenous or subcutaneous fluids, and using a vaporizer or even saline nose drops, for kitties who will tolerate such things. Since a cat’s appetite is closely linked to their sense of smell, nasal congestion can dampen their desire to eat. Clean off the nasal discharge regularly, since Puma can’t blow his own nose. Feed warmed, smelly foods to entice her to eat, and ask your veterinarian to prescribe appetite stimulants if necessary. If your Puma is a snuffler, talk it over with your veterinarian. The choice is yours whether to take advantage of the latest diagnostic technology in hopes of a definitive cure, or to go old-school with symptomatic treatment, while understanding the limitations of both paths. 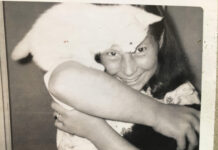