Selectmen expressed concern about growing numbers of tour buses, but they acquiesced, after discussion, to selectman Frank Fenner’s reminder that the board had licensed a Boston-based tour bus company a month ago.

The board, however, removed North Road from the proposed list of routes submitted by Barry Lopes of Oak Bluffs. The service will operate only on South Road, Basin Road, Menemsha Crossroads and State Road.

A request for licensing by a second company, from Ron Minkin of Oak Bluffs, was postponed until January 19 because Mr. Minkin could not attend the board meeting this week.

The board also interviewed two finalists for the vacant town accountant position. Selectmen plan to meet Friday at 1:45 pm to discuss the candidacies. “We hope we’ll have a decision then or shortly thereafter,” selectman J. B. Riggs Parker said following the meeting.

Selectmen also decided not to pay a one-time $500 state-mandated fee for use of a ballot system, designed for voters with auditory and vision impairments, during the January 19 special election. Both Mr. Parker, the chairman, and Mr. Fenner said the AutoMARK system has never been used in more than four years when it’s been available at town elections. Selectmen also said they would look at the program with an eye toward dropping it entirely.

The AutoMARK system combines a terminal and software that allows voters with disabilities to mark an optical scan ballot privately and independently. The Commonwealth of Massachusetts has purchased and installed the system in every municipality and charges a fee for the installation of a microchip and enabling software.

Chilmark’s AutoMARK fees would be about $2,000 this year, according to executive secretary Tim Carroll. “It has not been used by any voter since its installation four or five years ago,” Mr. Carroll told selectmen on Tuesday night. “And if it were used by only one or two people, there is an issue of confidentiality [being breached]. Voters could be identified.”

But he warned selectmen that the state regards installation of the system as mandatory, and a vote to not use the system could lead to action against the town by the secretary of state.

“Let them come after me,” Mr. Parker said.

“This is another case of a mandated expense without funding,” Mr. Fenner said, before selectmen instructed Mr. Carroll to have the town clerk advise the state that Chilmark would not use the system for the January 19 special election. The fee charged by the state applies to the override question which the town has on the ballot. The special election will also choose a successor to U.S. Sen. Edward M. Kennedy who died in August.

In other news, the selectmen gave provisional approval for several hours of filming by Chilmark resident Gabrielle Demeestere in Chilmark on Saturday. Ms. Demeestere is a graduate student in film at New York University and is making the 10-minure film as part of her master’s degree program. 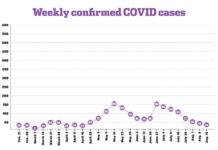 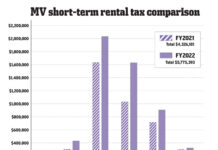 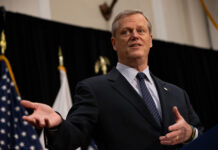