Rushing to make a ferry or to grab a bite before boarding the last boat home, Islanders often buzz through Woods Hole without having a look around. Many of us are aware that something scientific is going on there, but not all of us realize that a world-class research facility is there, the Woods Hole Oceanographic Institution (WHOI).

This Sunday, October 17, the deep-diving submarine Alvin will be the star of a free, public event from noon to 5 pm. In an advance notice, WHOI described the afternoon as “a rare opportunity to see the famous deep-diving research submarine and meet the scientists and engineers behind it.”

Alvin is best known for surveying the wreck of the Titanic in 1986. She also found a lost hydrogen bomb in the Mediterranean in 1966; she facilitated the discovery and exploration of hydrothermal vents in the sea floor during the 1970s.

Officially known as a Deep Submergence Vehicle, Alvin is owned by the U.S. Navy and operated by WHOI. Built in 1964, she can reach depths of nearly three miles, which enables her to reach the bottom of more than 60 percent of the ocean floor, worldwide, on dives that can last up to 10 hours. She has made 4,400 dives over the years, transporting thousands of researchers in the process. She is kept current by complete overhauls every few years and the addition of the latest technological gear whenever it is available.

“To reach its far-off study sites, Alvin rides aboard the R/V Atlantis, a 64-m (210-foot) research ship that supplies scientists with multiple onboard labs and state of the art computer facilities and accommodations,” according to a WHOI website.

Alvin has extremely bright lights to make the inky black depths visible to the naked eye and cameras that she carries. Robotic arms run instruments and collect samples from the bottom. “When scientists dive in Alvin they get to see directly, with their own eyes, the seafloor terrain, its sea life, and ongoing chemical, biological and geological processes,” according to the website. “This is an enormous advantage when trying to make sense of complex interactions between deep-sea animals and their rock or sediment environments.”

On Sunday, the public can view an exhibit featuring Alvin, including a life-size mock-up and film of the oceans’ depths, from noon to 5 pm at the WHOI Ocean Science Exhibit Center at 15 School Street in Woods Hole, no more than a two-minute walk from the Steamship terminal.

Around the corner in the Redfield Auditorium, scientists and engineers will speak about Alvin’s history, about taking a dive in the sub, and about her future, from 2 to 3 pm.

Alvin herself will be on display between 3 and 4:30 at the WHOI dock. The engineers and maintenance crew who run and tend to the sub will be on hand to introduce her and answer questions.

For more information, contact the WHOI Information Office (508) 289-2252 or information@whoi.edu. 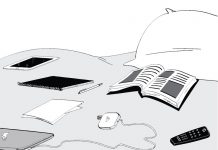