Ken Lay has been poking and prodding the physics of the human body to promote wellness for 35 years.

He translates the body’s ability to turn torque and resistance into strength and power, resulting in several relatively simple inventions to enhance health and fitness from day-to-day activities such as bicycling and low-impact workouts.

Some may have seen his white van around the Island, adorned with a sign promoting Tiger Clawz, hand-held pads that enhance stability during workouts. Tiger Clawz have been adopted as a rehab tool in facilities such as Windemere Nursing & Rehabilitation Center.

And most of us have seen Mr. Lay’s signs for the Booty-Lifter, an exercise device used by our feet to, well, lift and firm our aging booties. A third device, the Buddha Buddy, is an ergonomically-designed meditation chair with position settings that allow the body to achieve difficult yoga positions.

Mr. Lay, of Edgartown, believes the skeleton is the right way to health and fitness. “Right,” as in right angles, is the key word here, as he explains it. “Pythagoras did it with straight lines, Newton did it with curves. The principle is the same. They created right angles, on which strength and weight-bearing capacity is achieved.

“If you’ve seen the amazing bridge and building models that our high school students create out of spaghetti every year, you’ve seen the right-angle concept at work. The most successful models are achieved by perfectly loading pressure through right angles.”

Mr. Lay holds five patents on three chairs, a footrest, and a headrest. A plumber by trade and biomechanical engineer and inventor by avocation, Mr. Lay has also invented devices such as The Bike Belt, a simple device that really does add the promised 30 percent pedaling power, based on a field test by this reporter.

“The earlier patents relate to relocating the center of gravity in the body: Finding ways to attach yourself to the ground or other immovable objects in order to use gravity as a source of power in movement, such as exercise,” he said in an interview in October.

“The premise is simple: You’re only as stable as your base of support,” he said. “For example, football linemen always put their body on their fingertips before a play. They do it to align the pathway of force through their skeletal system.

“That alignment allows them to push-off with maximum speed and force. They are loading force by putting pressure on the ground, which redirects that power back through the skeletal system. Over time, that process is hard on the fingers and fingertips. Tiger Clawz is a device that provides the benefit without the stress,” he said.

Mr. Lay believes that the skeleton, and bones, the components of our skeletal frame, hold the answer to increased overall health and strength and have healing properties for afflictions ranging from osteoporosis to immune-deficiency illnesses.

“Study of the human body’s architecture makes clear that the body is designed for self-healing and a capacity to increase strength that is far greater than the medical science community has imagined to date. They aren’t looking at it, they’re not seeing it,” he said.

“Wolff’s Law, developed in the 19th century, is a commonly accepted medical thesis that holds that compression on bones increases bone density. By virtue of that law, bones thrive on pressure when we apply pressure on right locations.

“If you can push the right buttons on your skeleton, get to the source, so to speak, bones will also generate red and white blood cells, critical to treating diseases, including auto-immune system disease,” he said.

“I deal with gravity,” he said, adding that the skeleton knows what is good for it. “As we add load capacity to the skeleton, it automatically senses the pressure and realigns itself, according to the pressure.”

Noting that most human action involves a ready/aim/fire modality, Mr. Lay says the skeleton is always ready. Aiming is skeletal alignment and firing is the muscle activity associated with movement.

“Most conventional exercise fires muscles first, hoping the bones will align properly. That’s doing it backwards. We should align the skeleton first so there’s one continuous line of movement traveling through the entire skeletal system, responding as one unit.

“The exercises based on this approach aren’t much different, I just use devices like Tiger Clawz and Booty Lifters at both ends of the skeletal spectrum, hands and feet, to achieve the results.”

Jack Shea, of Oak Bluffs, is a frequent contributor to The Times. 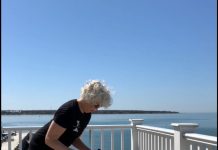 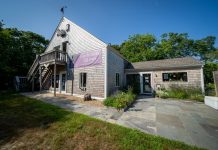 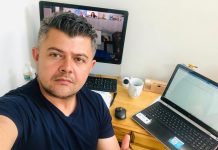