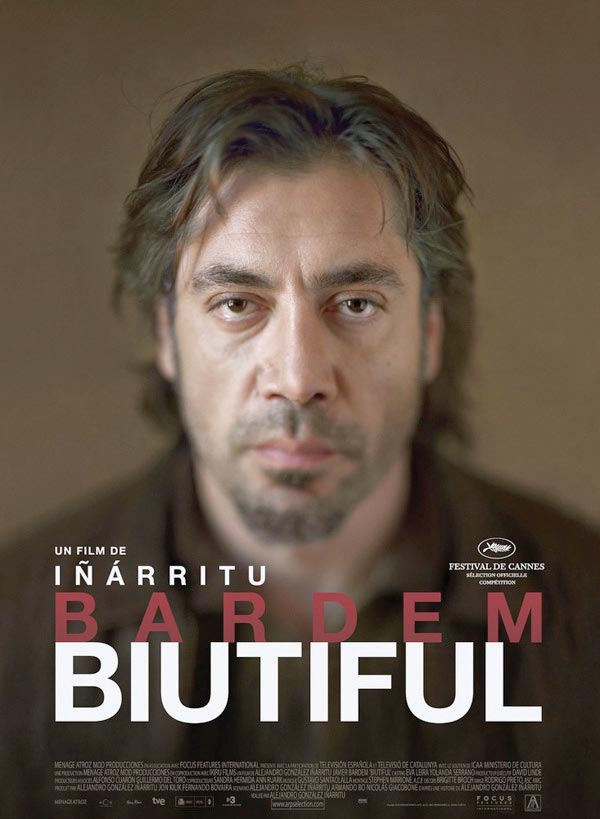 Two exceptional foreign films and an American documentary will play on the Vineyard this weekend. The Martha’s Vineyard Film Society presents the Spanish film, “Biutiful,” on Saturday, and the Capawock Theatre features “The Housemaid” from South Korea, also on Saturday. On Sunday, “The Harmony Game: The Making of Bridge Over Troubled Water” screens at the Capawock.

Starring Spanish actor Javier Bardem, who won an Oscar for his performance in “No Country for Old Men,” “Biutiful” tells the haunting story of Uxbal, a man struggling to keep his family together as he battles prostate cancer. The film’s title comes from Uxbal’s daughter, who leaves a misspelled refrigerator note for her dad.

Critics have given Mexican director Alejandro Gonzelez Inarritu mixed reviews for “Biutiful,” praising its sense of intimacy and uniformly fine acting but faulting it for sensationalism and sentimentality, despite its 2011 Oscar nomination for Best Foreign Language Film. The film’s authenticity of setting and sensitively drawn characters more than outweigh its narrative flaws, which may reflect cultural differences more than quality.

Bardem’s Uxbal works in Barcelona as the middleman in an operation specializing in fake luxury goods made by Chinese immigrants and sold on the street by Africans. As such he spends his time dodging police round-ups and handling labor problems.

Life at home is a mess. He has two small children, Ana (Hanaa Bouchaib), and Mateo (Guillermo Estrella), and an estranged wife (Maricel Alvarez), who is bipolar. A spiritualist, he communicates with the dead for mourners. His doctor warns him his days are numbered despite his ongoing chemotherapy.

Just as he riveted audiences with his portrayal of the contract killer Anton Chigurh in “No Country for Old Men,” Bardem mesmerizes with his powerful portrayal of a man who lives on the fringes of the underworld yet cares for his family and those he works for even as death approaches.

Rarely are the ravages of cancer shown in such graphic detail as in “Biutiful.” Uxbal’s complex relationship with his damaged wife is portrayed with unusual insight, and the immigrant-driven culture of street life in Barcelona feels genuine. As Uxbal’s strange spiritual powers demonstrate, his world is not one likely to be found in a U.S. city. Director Inarritu offers a compelling look at a different society in “Biutiful.”

The same is true for “The Housemaid,” by South Korean director Sang-soo Im. A young woman who works in a noodle shop, Eun-yi (Do-yeon Jeong), is hired as a nanny for a wealthy family. Hoon (Jung-jai Lee) heads up the privileged household she joins and takes Eun-yi as his concubine as a matter of course. It’s a classic upstairs-downstairs melodrama, a modern version of Chinese director Jiang Yimou’s celebrated “Raise the Red Lantern.”

The other women in the family, who include Hoon’s pregnant wife, mother-in-law, and housekeeper, exact revenge on Eun-yi. Only his young daughter sympathizes with Eun-yi.

Unwinding like a high-stakes chess game, “The Housemaid” keeps the audience guessing about what the next move will be. Along the way, the camera lingers lovingly on every elegant appointment of the family’s world, and the director draws his characters in vivid detail.

“The Harmony Game: The Making of Bridge Over Troubled Water”

Sunday afternoon at the Capawock will offer a nostalgic trip back to 1970, when Simon and Garfunkel released their final album, “Bridge Over Troubled Water.” Directed by Jennifer LeBeau, “The Harmony Game” tracks production of a pop album that became the emblem for a generation at a time when the world was in as much turmoil as it is today.

Less a biography of the two musicians, who grew up together in Queens, N.Y., and first performed together as Tom and Jerry in 1957, than a venture into musicology, the documentary follows closely how each song came about and what made it unusual musically. Commentary by Simon and Garfunkel’s producer Roy Hallee and many others help put in context the duo’s significance, alongside reminiscences by the singers themselves.

Factoid gems such as how a drummer set up and played in a Columbia Records hallway in front of an elevator for one track will keep the music lover entertained. The songs alone make this film a memorable one.

To celebrate the 40th anniversary re-release of “Bridge Over Troubled Water,” combined DVD-CD packets of the movie and album will be raffled off for free at both performances of “The Harmony Game.”

Brooks Robards, a frequent contributor to The Times, divides her times between Oak Bluffs and Northampton.