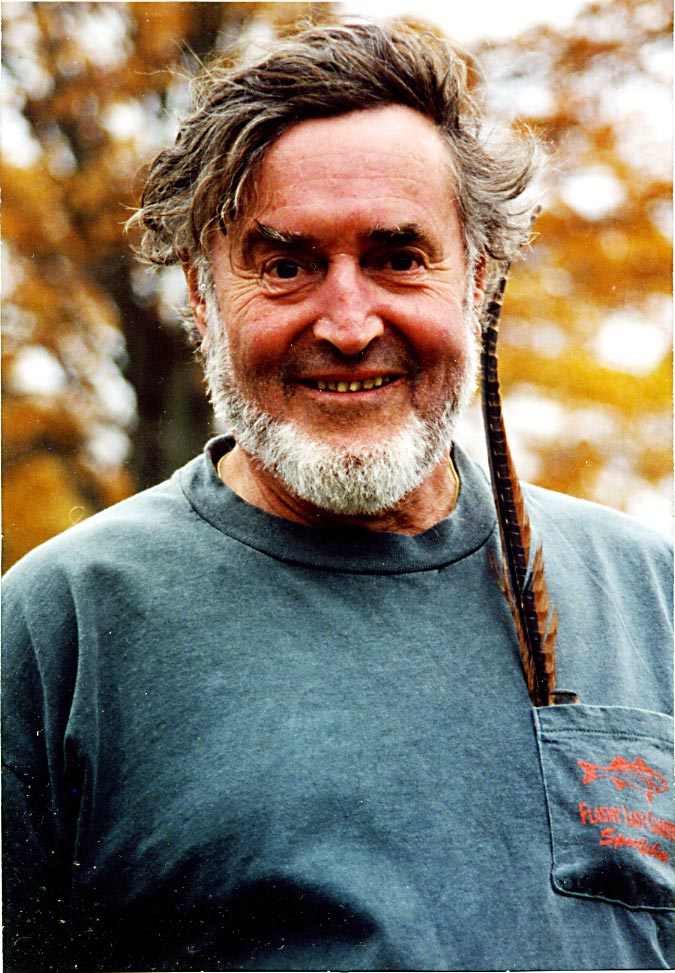 Daniel “Danny” Bryant of Chilmark died on Thursday, June 9, at Beth Israel Deaconess Medical Center in Boston from injuries he sustained in a fall on May 31. He was 76.

Born at Martha’s Vineyard Hospital in 1934, Danny was one of four children of Nelson S. and Olga G. Bryant, who had just moved to the Island from Needham after vacationing here previously.

Danny attended the West Tisbury School, where he was one of three students in his grade for the first few years. He moved on to the Tisbury School for the upper elementary grades and high school. Although he was clearly very bright, school was a struggle for him, and he spent as much time as he could outdoors — hunting, fishing, exploring, building and repairing things, and adventuring with sidekicks David Tilton, Dick Burt, or George Manter. To get from his home on the Edgartown Road to Vineyard Haven to go bowling, he’d hitch a ride or jog along Old County Road, which was still unpaved.

As a young boy Danny took piano lessons from Natalie Schultz, Eleanor Waldron’s mother, who called him Danny Meadow Mouse because of his little black eyes. Throughout his life, he noodled around with the recorder, and you never knew when he’d break it out and deliver a solo, or turn on Pavarotti at full volume and play along.

As a teenager and on into his twenties he went swordfishing, in season. He made a few trips offshore with Alton Tilton, David’s father, on the Southern Cross and Tom Tilton on the Three Bells, but seasickness got the best of him when it blew up, so he decided to fish closer to shore. For several summers he crewed for Walter Manning on the Bozo, a day boat out of Menemsha, and he also fished with Ben Mayhew.

In the winter he found work where he could — scalloping, working for Daniel Manter, George’s father, or Roger Engley, or as an extra hand for John Mayhew’s oyster company in Tisbury Great Pond. By the mid-’60s he had become a house painter, which he continued until his death. Over the years he worked with his nephews Steve and Jeff Bryant, Dick Burt, and Ed Lapine, among others.

For many years he served the town of Chilmark as emergency management director and as constable.

But it was as an outdoorsman that Danny was best known. His sense in the wild was uncanny — suspecting the presence of fish or the arrival of birds on the wing before either actually appeared. He boasted about his exceptional eyesight, saying it was because he’d only read one book in his life.

Danny could catch anything and shoot anything and he did, sometimes out of season or well after sundown. For years he played cat and mouse with Ed Bannister, the game warden. He was known as “The Deerslayer” way back when, and later as “Clumps,” a nickname he earned after crawling up on ducks he’d spotted on the ground, which turned out to be clumps of grass. An inveterate practical joker, he preyed on the more gullible among us, but that time the joke was on him.

Danny ate everything he caught or shot, or bartered fish and game for a mess of clams, a half-bushel of potatoes, or a dozen lobsters.

During deer week each December, Danny was part of a gang started by George Manter in the ’70s. Early members included Charlie Maida and John Bunker. Later they were joined by David Tilton, Tim Rich, Whit Manter, Flip Harrington, Mike Lynch, and others. For 20 years starting in 1989 he went to David Tilton’s deer camp in Minnesota every fall for a week. He fished with Whit Griswold in Alaska, Jesse Reinfelder in Costa Rica, and Paul DiMaura in Florida. He won the Derby twice, once for striped bass and once for bluefish.

On trips to Cuba in 1982, France in 1984, and again to Cuba in 1992, Danny’s eyes were opened wide and he let the larger world out there pour in. Most winters in recent years he and his partner, Evelyn Dengler, visited Lou and Sue Palma in New Jersey for a few days.

In 1956, Danny married Betty Ann Lima of Edgartown. Their only child, Laura, was born soon after. After renting places around town for a couple of years, he bought the Furness place on the south side of South Road, just over the Chilmark line, for $3,500. Until the century ran out 40 years later, he refused to pay more than that amount for a car.

During difficult times for the Limas, Betty’s two young sisters, Virginia and Roberta, lived with them. Later, Uncle Dan and Aunt Betty’s house became a cozy, fun home away from home for their many nieces and nephews, particularly for Daniel and Tara Whiting, who lived nearby. “I remember when he would come home, swearing away about something and everything — too hot, too cold, too windy, too damn many people — but he would come through the kitchen and see me and Daniel and he would just change,” Tara said. “Not all of a sudden ‘behave,’ but just be so happy we were there.”

For people of all shapes and sizes, all ages and backgrounds, Danny was magnetic. “He was always entertaining and he had an incredible imagination,” Peter Huntington recalled. “He was fun to do stuff with and he lived exactly in the moment. The thing with Danny was, he just couldn’t help himself.”

You never knew when he would bolt out the door, saying something about catching the tide, or needing to go get something down-Island. Or someone called needing a hand with a dying animal, a shed that needed to be closed in before a storm, a well that had run dry. You had to move fast to keep up.

Patience wasn’t a strong point. His brother, Nelson, recalled a time in the early ’50s when Danny wanted to show off a new outboard motor he’d just bought, for a down payment of $50. They mounted the motor in an old garbage can filled with water, and Danny started yanking on the starting cord. After 15 or 20 pulls and nary a sputter, he stopped short, ducked in a shed to get a sledge-hammer, and proceeded to destroy the motor. When Nelson reminded him that he still owed $300 on the engine, Danny said, “Screw it, it’s a piece of crap,” and stalked off.

A dedicated pyrotechnist, Danny never met an explosive he didn’t like — from shotgun shells loaded with pebbles that he let off indoors with Kib Bramhall and some other down-pond reprobates in the ’50s, to more elaborate displays at Soo Whiting’s on the Fourth of July, to training his retrievers to fetch still-exploding balls shot from a bottle rocket, or simply touching off a huge bomb in his backyard. Once he lit his beard on fire, another time his pants.

Danny started each day with the early-morning gang at Conroy’s in North Tisbury, where he dispensed wisdom, vulgarity, or hot air, depending on the moment or his mood. He was a master storyteller, often accompanying his narratives with lively sound effects and hilarious facial expressions.

Almost always, Danny had a twinkle in his eye. “He was very complex, but he had a loving heart,” Nelson, said. “I never heard him say anything bad about anyone.”

For all of his gruff bravado, his foul mouth, and his determined irreverence, Danny was mostly a pushover — a lovable, fun-loving imp. A true one-off, he was irrepressible, loyal, and irresistibly charming in his own way. But like all of us, he had his demons, particularly in the last few years, and it was hard to watch him struggling with them.

Looking back, there will be a few favorite Danny moments for all of us. For Albert Fischer, it might be watching Danny scramble after crabs on the flats next to Crab Creek, cussing and hollering loud enough to be heard over at Flat Point. For Betsy Larsen it might be watching Danny idle across Menemsha Basin in his red Seacraft with his chocolate Lab, Duchess, playing figurehead in the bow. For Laura Bryant it might be going out owl-watching on a cold winter night with her dad and her young son, James, when “just our breaths would be heard, and suddenly we would hear the cry of the owl and see it watching us intently.”

Danny is survived by Evelyn Dengler, his partner for the last 15 years; his brother, Nelson, of West Tisbury and his sister, Nancy; his daughter, Laura, of North Brookfield; and his grandchildren — James of Las Vegas and his wife, Libby, and Miranda of North Brookfield. Betty Ann Bryant, a former County Commissioner and Chilmark selectman, died in 1994.

On Sunday, July 10, at 1 pm there will be a potluck celebration of Danny’s life at the Ag Hall in West Tisbury. Anyone who has a special photo of Danny is asked to drop it by his house on South Road or send it to smuldaur@verizon.net.

Could cost more to hunt and fish

Redemption comes in the mountains for Robin Wright’s Edee