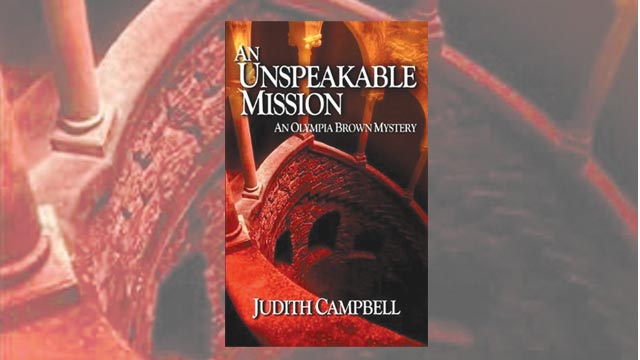 When I pick up a mystery novel, I usually know what to expect: I grew up on a testosterone-enhanced diet of Mickey Spillane and other hard-boiled male writers, and what I expected was hot guns and hot babes and lots of action.

Now the genre has developed sub-genres. Dame Agatha Christie laid many eggs and from them have risen many female writers, and readers whose demands vary, but who still prefer a mystery with their muffin.

Janet Evanovich is the estrogenic equivalent of Spillane, and what she offers is a hot-pants heroine who deals in hot men and yes, some hot guns. Carolyn Hart authors mysteries that offer bodies and humor. Susan Conant has bodies and dogs. Cynthia Riggs, a Vineyard-based author, writes about crimes from the viewpoint of her 90+ year-old upstanding heroine who never seems to get older but who finds time to solve mysteries while drinking tea and eating goodies. (Eating seems to be the main thing these authors hold in common.)

Here’s what I expect from her: In her two novels (so far) starring UU minister Olympia Brown, religions and dogmas are the problem; and women are the victims.

In her first book, “A Deadly Mission,” the male villain headed a fundamentalist religious cult at a fictitious university where the main character, Olympia, was teaching, and she rescued a student who was snared in its coils.

Now, in “An Unspeakable Mission,” Ms. Campbell has found another villain and a major religion to attack: Terry O’Mara is Irish Catholic, an Irish drunkard slob, a bully who hides his alcoholism from everyone except drinking buddies and his family. His wife has to hide the marks of being beaten. And he does worse, but that’s the unspeakable part of the plot.

The Church, at least in his section of Boston, has helped conceal his sins, for he goes to Confession every Saturday and Mass on Sunday, and then gets drunk. He has no good qualities except he’s nice to his secretary at the bank.

Are you thinking “stereotyped character?” Well, yes. So was the villain in her first novel. Terry plays an important role in this novel. He is husband to the bruised and pathetic Margaret and father to two daughters of whom the youngest, Bridget Mary O’Mara, is his favorite, unfortunately for her.

Bridget is a freshman at the college for women at which Olympia Brown is Professor of Humanities and College Chaplain. (She, too, fancies the occasional cupcake.) Bridget comes to her office and says that she’s been the victim of date rape. She dares not tell her father, who demands her to be chaste, nor her mother because she might slip the truth to Dad.

The drunken Terry dies offstage: not by bullets nor poison but in a way befitting his lifestyle. And we think, “about time.” Yet there remains a mystery. The three women in his house despise him and, despite their faith, wish him dead, and so the police suspect one of them of murder.

The Rev. Campbell doesn’t stick with the convention that only one point of view needs to narrate the story. She jumps around from character to character and thus gives a more complete version than if only one could tell it. She avoids writing violent or debauched scenes, and shows only the aftermath.

The reader remains sympathetic to the hero because she seems human (not frail) and, because of her religion, she is free from the dogmatic beliefs that cause serious problems to other characters. She is a mother who had to give up an illegitimate daughter at an early age, and has a distant boyfriend — Frederick, her English lover, who for this book is away in his homeland.

In this book the Rev. Campbell beats up on the Catholic religion except for Olympia’s friend the gay priest and some loving nuns. I hope she doesn’t expose the faults of my religion (Reformed Einsteinism) in her next novel.

Times staffer Don Hinkle has failed at writing mystery novels because he’s too tender-hearted to kill any characters.