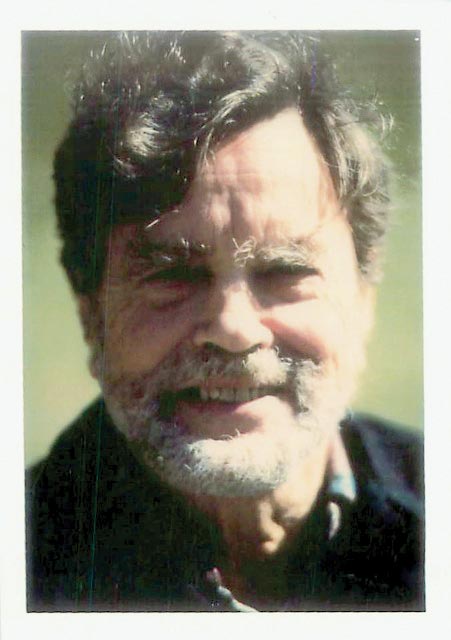 David L. Hart, Ph.D., 90, of West Tisbury, died peacefully at his home in Calais, Vermont, on Friday evening, August 26, 2011. He was surrounded by family and a hospice volunteer.

Born in 1920, David grew up in New Britain, Conn., and summered on the Vineyard as a child and teenager. As a child he attended Moreland Hills School and as a 13-year-old he entered Kent School, in Kent, Conn. He then attended Williams College where he graduated Phi Beta Kappa in 1942. The next year David spent at Radley College in England.

David returned to the U.S. in 1943 when he joined the Air Force where he was a communications officer in the Air Force during World War II and served most of his time in China. Synchronistically, while he was in India waiting to be sent to China, David read C.G. Jung’s book “Man and His Symbols.” Greatly taken with this book, David had already heard of C.G. Jung and sensed the importance of the symbolic life when he and his wife, Barbara, landed in Zurich, Switzerland, a few years later.

After the war was over, David returned to the U.S. and settled in Cambridge, where he met his first wife, Barbara. In 1948, the two of them left for Zurich, where David intended to study German to become a German professor. Again, synchronistically, while walking on a Zurich street, David met John Weir Perry, a former classmate at Kent and a student at the new C.G. Jung Institute in Zurich. The two former classmates had lunch together and Perry exuded enthusiasm over the newly created Jung Institute. He persuaded David to look at it.

Blessed with two children (Tessa and Steve) who were born in Zurich, the family of four returned to the U.S. in 1955. They settled in Gladwyne, Penn., where David set up a practice as a Jungian analyst. Later he moved to Swarthmore, where he was known as the “hermit of Swarthmore,” the only practicing Jungian analyst in the Mid Atlantic region of the East Coast. For many years, people sought him out from as far away as from Baltimore, Philadelphia, and New York City. David had many interesting and some well-known clients, all of whom enhanced his life, as well as he did theirs.

David had a magical, graceful air about him. One of his colleagues, Dr. Anne de Vore, a Jungian analyst from Seattle, writes on her website: “I have been witnessed on this path for 37 years by David Hart, a Jungian analyst, whose extraordinary ability to hold sacred space allowed me to find myself within that space.” A gentle man who knew how to give others their own space, David found a way to restore to them their own souls. He mastered the art of deep listening and gave many analysands back to themselves.

David served on the Training Board of the C.G. Jung Institute of Boston for several years, where he also gave courses in fairy tales. A lover of fairy tales, David used them sometimes in treating his clients. He studied with Dr. Marie Louise von Franz, the foremost scholar of fairy tales at the Jung Institute. Many years later, David published his own book on fairy tales, The Water of Life: Spiritual Renewal in the Fairy Tale (University Press of America, 2001).

In the intervening years, David gave many talks and workshops on fairy tales, including on Martha’s Vineyard after he and his third wife, Demaris Wehr, moved to their house in Farm Neck in 2000. David was a Founding Member of the Pennsylvania Association of Jungian Analysts (PAJA), a member of the New England Society of Jungian Analysts (NESJA), and the International Association of Analytical Psychology (IAAP).

In 2007, David and Demaris sold their house in Farm Neck and purchased a smaller one in the West Tisbury cohousing community where they lived much of the time, spending time also in Vermont.

Survivors include his wife, Demaris Wehr of West Tisbury, his daughter, Tessa Hart of Wyncote, Penn., his son, Stephen Hart of Auburn, Wash., his son-in-law, Frank Sergi of Wyncote, Penn., his step daughter, Kirsten MacLean of Milton, and his soon-to-be son in law, Ron White of Milton, and his sister Mary Jane Clark, of Kent, Conn. He is also survived by three grandchildren: Daniel and Christina Hart of Kent, Wash., and Alex Guedouar, his step grandson, of Roger Williams University in Rhode Island. Numerous cousins and nieces and nephews also survive him.

There could not have been a gentler, kinder man, nor one with a twinklier smile. We will miss him.

The memorial service will be held on Martha’s Vineyard on October 15, 2011. Details will follow.