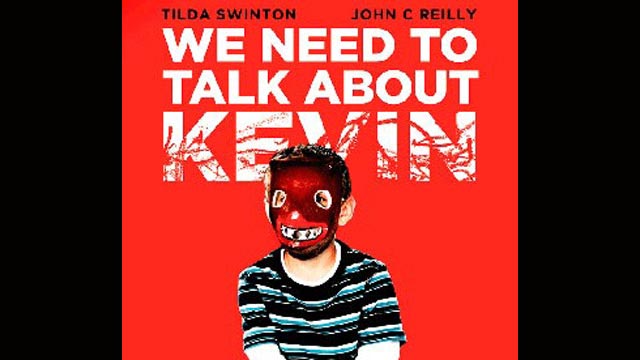 “We Need to Talk About Kevin,” a devastating psychological thriller, comes to the Katharine Cornell Theatre on Saturday, Dec. 3, in a special sneak preview, thanks to the Martha’s Vineyard Film Society.

Starring Tilda Swinton, John C. Reilly, and Ezra Miller as the son-from-hell, “We Need to Talk About Kevin” premiered at Cannes in June and has already played at a number of regional film festivals. It has been nominated for multiple awards and opens officially in December in New York and Los Angeles.

A tour-de-force of filmmaking, “We Need to Talk About Kevin” relates the fractured experience of Eva Khatchatourian, an Armenian-American housewife played by Ms. Swinton, as she births her son Kevin and watches him grow into adolescence. Ms. Swinton, one of England and Scotland’s most highly regarded film actors who won a Best Supporting Actress Oscar for her role in “Michael Clayton,” last appeared in “The Chronicles of Narnia: The Voyage of the Dawn Treader.”

Eva’s son Kevin is no ordinary child. As an infant he screams so much that Eva finds temporary relief stopping his baby carriage next to workmen wielding a jackhammer.

Although his hostility toward his mother comes through loud and clear, Kevin just as clearly loves his daddy Franklin, played with oblivious good humor by John C. Reilly.

Franklin fosters his son’s fascination with archery, which begins with rubber-tipped arrows that occasionally end up aimed at his mother. As an older child, he graduates to the real thing with profoundly distressing consequences after the birth of his little sister Celia.

“We Need to Talk About Kevin” does not proceed in a linear narrative pattern. Instead, Scottish director Lynne Ramsay takes the viewer inside the mind of Eva, who finds herself increasingly fractured and frightened by her son’s hateful behavior.

For the viewer, the experience of watching this woman, so sublimely embodied by Ms. Swinton, fall apart at the seams, can be haunting if not almost intolerable. But “We Need to Talk About Kevin” is so superbly crafted that it compels watching.

From the first scenes, where Eva stares at the diaphanous curtains rippling in front of a terrace door while a strange, as yet unidentifiable sound provides the background, viewers will recognize they are in the hands of a master filmmaker.

Strong primary colors — in particular red — dominate the mise-en-scene, popping up everywhere, from the lighting to the red paint that vindictive neighbors have spattered over her new house and car. A soundtrack loaded with classic pop tunes, including Buddy Holly’s “Every Day” and the Beach Boys rendition of “In My Room,” reinforce with irony the growing sense of grief and horror Eva feels at her son’s behavior.

As the viewer makes increasing sense from shards of Eva’s memory, they will find themselves propelled to the movie’s conclusion. Not since Gus Van Sant’s “Elephant,” which won him Best Director and Palme d’Or awards at Cannes in 2003, has a film been so successful at capturing the violence that haunts our nation.

We may focus publicly on international acts of terrorism, but as “We Need to Talk About Kevin” demonstrates so vividly, homegrown terrorism plays an equal role in the national psyche. 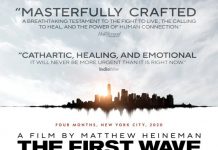 Documentary explores the beginnings of COVID-19