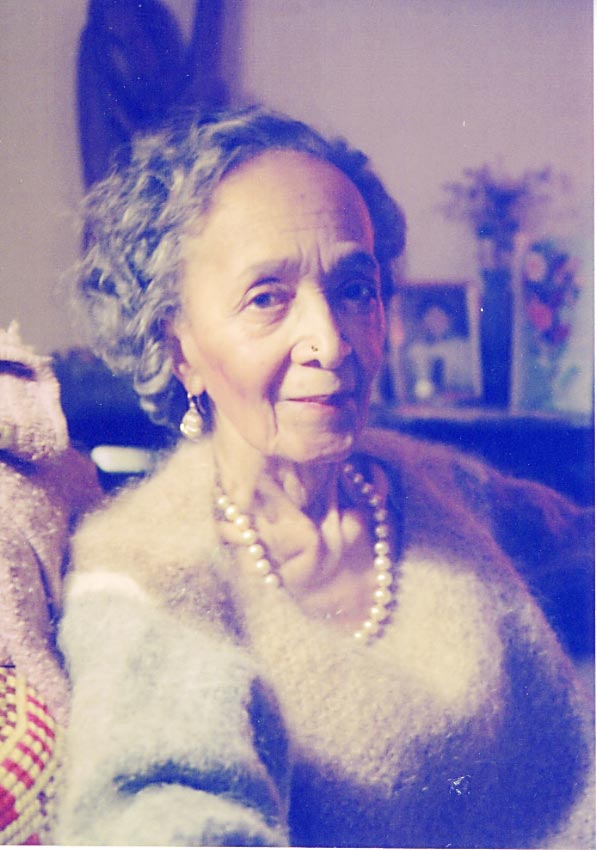 Elsie first came to the Island as a child with her family for St. John’s feast day, held each year in Oak Bluffs. Those trips ended around 1925 after the deaths of her mother and older sister from tuberculosis. She renewed her relationship with the Vineyard as a young woman living in Harlem during the renaissance. She eventually bought her Vineyard Haven home in the early 70s and moved here permanently in 1985.

Of Cape Verdean descent, she alone, of her remaining siblings, grew up speaking Portuguese. Both her father, Thomas Tavares, and mother, Francesca Corea, had immigrated from the islands. She grew up in New Bedford and spent altogether too many years being raised by nuns until her father remarried when she was 12. Her stepmother was a nurse/midwife from New York City and it was love at first sight. To the end of her life, when she spoke of “mother” there was no certainty of which one she was speaking.

Elsie spent a year in nursing school until the finances ran out. Then, working a summer job as a cook, she met her first husband, Earl Hasbrouck, while he was selling blueberries door to door. They married in 1937, and their son, Eugene, was born the following year. A divorce followed in 1941. As did a war.

Receiving her welder’s badge, she taught welding to the women who worked at the Hingham Shipyard. As well as having quite a proficiency with a torch, her very small frame could fit into the tighter spaces on the ships. She later told her children of various finds, particularly on the battleships — stories most mothers wouldn’t share with their kids. She, however, was made of strong stuff and expected as much of her children.

In 1948 she married Manuel Nunes. They settled first in Plymouth, where their two children were born, moving ten years later to Kingston. After the death of her husband in 1968, in order to remain home with her kids she took in veterans from the Brockton VA Hospital — WWII, Korea and later, Vietnam vets who for various reasons were unwanted by their families, or had no family but were not disabled enough to require hospitalization. Several came and went but four of them, one a woman who had been General Eisenhower’s driver, became family and lived with Elsie for the rest of their lives.

Elsie is survived by her son, Manny Nunes and daughter Dana Nunes, as well as grandchildren Akeyah Nunes, Andrew Jahnes, Robin Carberry and Dana Hanlon and beloved great-granddaughter, Lucia Hanlon. She was predeceased by her husband, Manuel, and son Eugene and brothers Baldwin (Sparky) and Eugene Tavares.

Socially and politically active, she seemed always to be heading off to one meeting/function or another; the South Shore Community Action Council, local chapters of the NAACP. If it was in any way involved in civil rights, she was there. Her daughter remembers meeting a very young Gerry Studds when Elsie worked on his first congressional run in 1970. She seemed to know what she wanted and she was absolutely fearless if she felt that she or her children had been mistreated. Living in a very white world of the 1960s this was not an unusual occurrence. She was known to go toe to toe with angry men a foot and a half taller and 200 pounds heavier. She never backed down. She had grit and a half.

Her funeral was managed by her family. The “simple pine box” which she had requested was beautifully built by Zada Clarke and Dan Randall. She was prepared for burial by her daughter, with Zada’s capable and loving assistance, and she was driven to the Vine Hills Cemetery in Plymouth by her daughter and grandson, Andrew. Interment was on Sunday, February 19.