If clutter is a problem for you, don’t feel alone.

Even the most successful, productive, and likable among us can have the specter of disorder hanging over our heads. The far-reaching problem spawns countless magazine features, workshops, and websites, and Amazon boasts some 1,400 books on the pesky, embarrassing, and frustrating issue.

Clutter and disorganization have many costs: spending too much time looking for clothes, checkbook, recipes; not inviting friends to visit because “the house is a mess”; being late with a payment because the bill was lost on a chaotic desk, or missing an appointment when you couldn’t locate car keys in the disarray.

Luckily for Vineyarders burdened by packed basements, overflowing closets, or a “junk room” where the guest room should be, help is at hand. Two enthusiastic organizing talents, Noreen Baker and Gladys Toscano, will help you do battle with the disorder ogre and win, once and for all.

Noreen Baker, who dubs herself “The Clutter Queen”, is a born organizer. She recalls tidying up the bedroom she shared with her not-so-orderly sister, and later did the same when she moved in with a messy roommate. So it was no surprise that soon after coming to the Vineyard 27 years ago she began helping friends with organizing chores. About 12 years ago when she was assisting a friend prepare her home for summer rental, she realized decluttering could become a career.

Clients quickly came her way, bearing the baggage of chaotic offices, cluttered cabinets, and impenetrable basements. Though the clients were often discouraged at first they were thrilled to see order emerge from chaos.

Ms. Baker recalled a favorite job, helping an architect organize his office storage space. The overhead loft area was packed to bursting. At day’s end they left the space immaculate – clear floor, empty worktable, drawings and supplies stored neatly. The client was so pleased he gave his wife a gift certificate.

“You are my New Year’s resolution,” one new client emailed Ms. Baker. She had an out-of-control office and busy season was looming. After an initial consultation, the woman was inspired to clear out a lot, herself. Then she and Ms. Baker worked together, creating an efficient, client-friendly space.

Ms. Baker does not limit her magic to offices. She has worked on basements, kitchens, bedrooms, and family rooms – any place where clutter can build up.

No one should feel guilty, crazy, or incompetent because they have clutter, Ms. Baker said, reassuringly. Often it is just a matter of limited time and energy.

“Just because someone has a big mess in their house doesn’t mean they’re not productive, or don’t have their priorities straight,” Ms. Baker said. “Sometimes taking care of your kids or working is more important. Clutter clearing and organizing may be 12th on your list, but when I come it needs to be top priority.”

Both organizers agree that at some point a person must make order a priority and use self-discipline to get out from under.

And how do people get in this mess? Ms. Baker knows all too well. Inheriting a parent’s belongings is high on the list. People may not have time or inclination to sort and organize family possessions immediately, so into the closet, basement, or storage unit they go – and stay.

Combining two households into one can result in a living space so overcrowded and untidy that it threatens the relationship that brought the people and their belongings together.

Downsizing from a large house to a smaller cottage or apartment requires down-sizing one’s possessions too, which many overlook.

Keeping children’s toys and artwork, sentimental items, souvenirs, and memorabilia is a slippery slope to clutter overload, Ms. Baker said. She suggests packing them away and reassessing them regularly to see if some can be comfortably disposed of.

“We should think about what do we really love,” Ms. Baker said. “If we could only keep 100 items, what would they be?”

Gladys Toscano, of G.T. Organize Me, first visited the Vineyard two years ago and soon decided to move here from Brooklyn, New York, where she had lived all her life.

Along with raising three sons and holding a variety of jobs, Ms. Toscano worked as a professional organizer for the past 15 years. Settling here last summer, she began helping Island residents clear out and organize homes and offices.

Ms. Toscano, who said with a chuckle that she honed her skills raising her boys, has extensive organizing experience. In one striking case, Ms. Toscano arrived at a luxurious Manhattan apartment to find the client, burdened by depression and divorce, surrounded by chaos. The dining table was stacked high with mail, much unopened for two years. Bill collectors and the IRS were threatening, lawsuits and eviction pending. The client was too overwhelmed to deal with the mess. After three straight days Ms. Toscano left the table orderly, mail stacked neatly, unneeded paper tossed. She wrote memos telling the client what actions were needed to handle the pressing business.

A home office often leads to clutter problems, Ms. Toscano said. Office messes can overflow into the home. “You spend more time looking for something than working.”

Clearing out a packed basement, the initially hesitant client soon got into the spirit of things, throwing out refuse, donating belongings. They ended up with at least 50 filled trash bags ready to go out.

After working to clear and organize a messy space, Ms. Toscano often does follow-up visits to keep it orderly. “You can organize somebody but if they’re not equipped to maintain it, they’re going to fall back into the same trap,” she explained.

Ms. Baker and Ms. Toscano take similar approaches when a client seeks help. They urge the person to think clearly about what area they want improved, and exactly how they want to use that space.

“Then get rid of anything that doesn’t apply,” said Ms. Baker, adding that the old saying “A place for everything and everything in its place,” is her motto.

Both organizers are flexible about the process, all depending upon the client’s wishes and comfort level. After an initial meeting to assess the situation and define goals, the organizer works alone or along with the client to remove the excess items and create an orderly environment with proper storage. Ms. Baker noted that when working on a shared space, everyone who uses it should be involved.

For clients who want to do it themselves, the organizers can give them a step-by-step plan for clearing and setting up a functional, attractive space.

People beset by clutter often feel overwhelmed and discouraged, doubting that it can get better. But once the organizers step in, these clients are encouraged and energized, working hard even after the professionals leave. “It’s like a jump start,” Ms. Toscano said.

Both love their work and helping others, and are as happy with the results as the clients are.

“A finished project is exciting for them and for me,” said Ms. Baker. “It opens up a whole new world.”

“I love the before and after, and the look on a client’s face when they see it done,” Ms. Toscano said with a big smile. “It’s letting you know it is possible.” 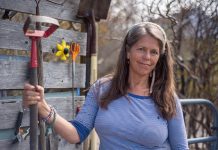 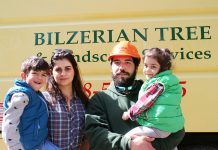