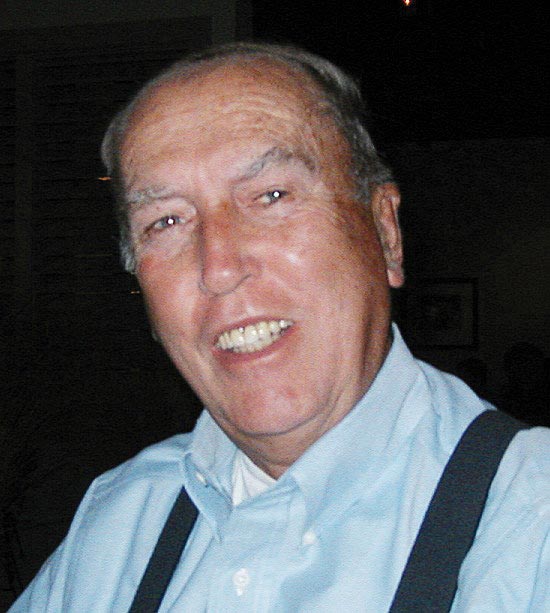 Ray was born in Long Branch, N.J., to the late James H. and Hannah Worrell. He served with the army engineers in Korea during the war, a period of his life of which he was very proud.

Ray was a longtime partner in Worrell Brothers, HVAC in the Township of Ocean, N.J. Ray and his beloved brother, Jim, began the business in the early 1950s, first with refrigeration and later as air conditioning came into its own, they took hold of the new market. As the years passed and business flourished a sheet metal shop was added. They operated year round and became a significant employer in the area. Worrell Bros. operated continuously for over 45 years. Ray was the engineer and salesman while Jim, an engineer also, saw to the day-to-day operation. Theirs was an extraordinary relationship, one of mutual respect, love, and support, both in the business world as well as in their personal lives.

Ray and Jim often visited Cape Cod and later the Vineyard as avid fisherman. It was this interest in the Vineyard that led to his becoming a private pilot. In early 1966, just two months after marrying, Mary and Ray bought a little cottage in Vineyard Haven. Mary spent summers on the Vineyard with their children while Ray flew back and forth weekends. The Vineyard became a significant part of their lives and later their children’s. They became year round residents after retirement.

Ray loved outdoor sports of all kinds. He took up skiing in the mid 1950s and became an active member of the Monmouth Ski Club. He, along with others, worked to buy, renovate, and establish their ski lodge in Vermont which is enjoyed by members to this day. Ray did a lot of hunting with Jim during the early years. Fishing, however, was his real passion, beginning in youth and continuing throughout his life. He loved to fish the surf, and he did so all around the Island. As the years passed and surf fishing became too great a challenge he began boat fishing. Through the family’s thirty-year membership in the Vineyard Haven Yacht Club he enjoyed the friendship of many members of similar interest. When he could no longer go out on his own friends took him out on their boats to fish.

Surviving is his wife, Mary, of Vineyard Haven. His son Raymond and his wife, Anastasia, and their daughter, Cynthia, reside in Wilmington, N.C. Son Stephen and his wife, Cortney, and their sons, Dylan and Benjamin, live in Salem, Conn.

In lieu of flowers donations may be made to Martha’s Vineyard Shellfish Group or Cape and Islands Hospice. Arrangements are under the care of the Chapman, Cole & Gleason Funeral Home, Oak Bluffs, ccgfuneralhome.com.