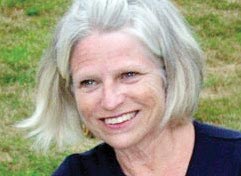 Sallie Province Mink, a psychiatric nurse who specialized in depression among adolescents at Johns Hopkins Hospital in Baltimore, Md., died on April 14 at the Keswick Multi-Care Center in Baltimore. The cause was brain cancer. She was 65 and had been a lifelong summer resident of Edgartown, where she traced her family roots back for three generations.

For 20 years she had been educational director of the Depression and Related Affective Disorders Association at Johns Hopkins, where she had a particular interest in adolescent depression and worked tirelessly to banish the stigma of mental illness among people of all ages. She was described by her colleagues as extremely talented and dedicated to making a difference in the lives of others.

“She was a great psychiatric nurse… Families found that she was invaluable and a great resource,” Dr. J. Raymond DePaulo Jr., director of the department of psychiatry and behavioral sciences at the Johns Hopkins School of Medicine and a longtime family friend, told the Baltimore Sun for an obituary this week. A “rare combination of warmth, kindness and knowledge,” Dr. Karen L. Swartz, a psychiatrist at Johns Hopkins for 25 years, told the Sun.

Sallie Province was born on Feb. 17, 1947 in Franklin, Ind., the oldest of three children of Dr. William D. and Jean Province. Her father and her grandfather were both physicians, and her mother, Jean Province, was the daughter of Sallie and Morgan K. Smith who owned a home on South Water Street in Edgartown.

Sallie grew up Franklin, attending high school there for the first two years before enrolling at the Tudor Hall for Girls in Indianapolis, where she graduated in 1965. In 1969 she graduated from Elmira College in Elmira, N.Y., with a bachelor’s degree in English. In 1972 she earned a nursing degree at Columbia University Presbyterian Hospital School of Nursing in New York. She worked at Columbia University Presbyterian Hospital for two years before going to John Hopkins in 1974.

She married Thomas Mink in 1974; they had three children. The marriage later ended in divorce.

As her mother had done before her, Sallie came to the Vineyard every summer, making the trek from Franklin, Ind., in the family station wagon to Edgartown, where her parents had owned a camp on Trapps Pond since 1950. In her adult life she continued the trek, traveling with her own children from Baltimore to the Vineyard each summer.

“Sal loved the Vineyard like we all do — it was a cozy place for her — and she loved bringing her children and her grandchildren here,” her sister Lillian Province-Anderson of West Tisbury recalled this week.

After her children were born, Sallie stepped out of nursing for a time to raise her family, but later returned and built a career around helping young people who suffered from depressive disorders.

In 1999 she became associated with the Adolescent Depression Awareness Program through the department of psychiatry and behavioral sciences at Johns Hopkins. Created by Dr. Swartz, the program began after an unusual series of adolescent suicides. Sallie took the ADAP program to local high schools, where she led open discussions about depression, bipolar illness and suicide with ninth- and tenth-graders. The program was later expanded from Maryland to 14 other states. She wrote a book titled “The Most Commonly Asked Questions about Teenage Depression and Bipolar Illness,” and made a film, “Day for Night: Recognizing Teenage Depression.”

For many years Sallie helped put on an annual Mood Disorders Symposium at Johns Hopkins. “She had a tremendous optimism. That was Sallie,” Barbara W. Schweizer, a registered nurse and special projects director at Johns Hopkins, told the Baltimore Sun.

Her work in nursing also included brief stints at the Martha’s Vineyard Hospital and at Martha’s Vineyard Community Services in the 1970s. She stopped working after being diagnosed last November with a brain tumor.

Sallie enjoyed reading, cooking, and listening to music. She was a member of St. Stephen’s Anglican Church in Timonium, Md.

She is survived by her three children, Emily Mink Frank and her husband, David, of Timonium, Md.; Toby M. Mink and his wife, Nicole, of Towson, Md.; and Jamie C. Mink of Boston; two grandchildren, Connor and Abigail Frank; a brother, Dr. William D. Province 2nd and his wife, Florencia, of Franklin, Ind.; and a sister, Lillian C. Province-Anderson and her husband, Richard, of West Tisbury. She is also survived by her west highland terrier, Miles Mink.

A memorial celebration was held in Timonium, Md., on Saturday, April 21. Interment will be private.