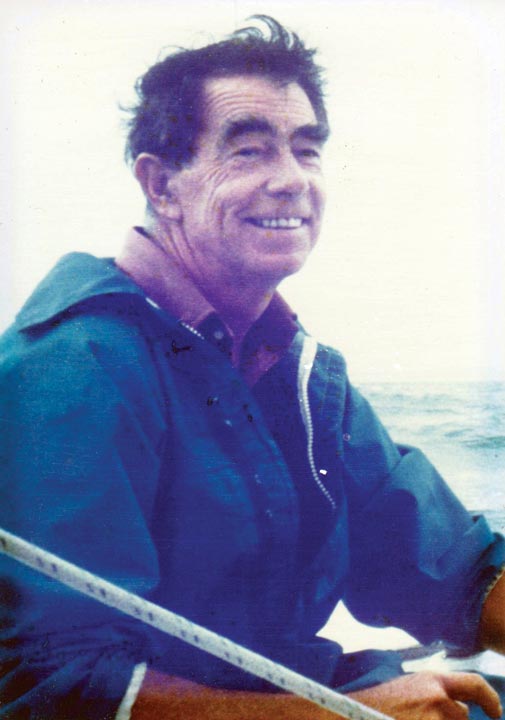 Harry Duane, 80, died on June 19 in Shelburne, Vermont, following a long illness. Mr. Duane had been a well-known resident of Vineyard Haven for many years. He loved to sail, compete on the water and teach sailing skills to others.

Harry was born in Boston November 22, 1931. He graduated from Phillips Exeter Academy in 1950. After graduating from the U.S. Army’s Officers Candidate School, in Fort Sill, Oklahoma, he was deployed to Germany and left the military as a First Lieutenant in 1954. With the aid of the G.I Bill, he spent three years at the Massachusetts Institute of Technology, graduating in 1957. While at MIT he was the captain of the swimming team, Tau Beta Pi, and won the Karl Taylor Compton Prize, the Institute’s highest award, in recognition of excellent achievements in citizenship and devotion to the welfare of MIT.

He spent his entire business career with Norton Company, the world’s largest manufacturer of abrasives, in Worcester. With an extraordinary gift for financial, operational, and general management, he quickly assumed a leadership role through successive business development assignments, including two years as Managing Director of the company’s operations in Milan, Italy, in 1965 and 1966. As Vice President of International Operations and later as Executive Vice President he led strategic initiatives in Australia, India, Japan, South Africa, Brazil, and across North America and Europe.

Harry’s presence was renowned in the Island sailing community. At the Vineyard Haven Yacht Club, he was on the Board of Governors for many years and served twice as the club’s Commodore. His management ability helped steer the club through several financial challenges. He gave priority to the club’s future and its Junior Sailing Program. In 2004 he was honored as the recipient of the Hugh W. Schwarz lifetime Contribution Award.

The Duane family set a fast pace in competitive sailing. Each of his children was successful in New England sailing and their father was a repeated winner aboard Andiamo, a Vineyard Haven 15, and later in his Soling, Andiamo II. He also brought leadership to the Holmes Hole Sailing Association where he held many offices and where he has the rare distinction of being a two-time winner of the annual Moffett Race.

Survivors include his wife of 30 years, Audrey Houghton Duane of Shelburne, Vermont, his three children, Charles D. Duane and his wife, Patricia, of Marion, Marion D. Hammond and her husband, Bob, of Vineyard Haven, Paul L. Duane and his wife, Ellen, of Burlington, Vermont, their mother, Natalie Dickinson King of Vineyard Haven, eight grandchildren, and one great granddaughter.

Burial will be private. His ashes will be placed near a favorite place at his and Audie’s property in Dalton, N.H. Those wishing to contribute to his memory may do so through Sail Martha’s Vineyard, PO Box 1998, Vineyard Haven, MA 02568.