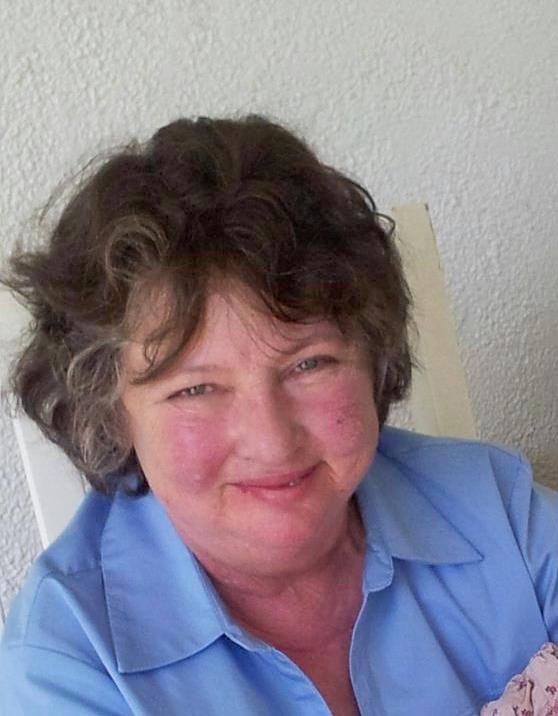 Judith Correllus Strimel, the matriarch of an extended family that meant everything to her, died Sunday at Bryn Mawr Hospital in Bryn Mawr, Pennsylvania. A Bayada home health care marketing administrator, she was 63 and a resident of Wayne, Penn.

“She was the mother of many, and the pride of all,” said George Strimel, her husband of 31 years. “Judy Strimel made a difference wherever she went.”

George and Judy first met in Edgartown where they spent their first ten years of married life. When they met, both had two children each from an earlier marriage. But there was never talk of stepchildren, or half-brothers or half-sisters. “We were and remain a dedicated family unit,” said George. “This tradition continues with the mutual embrace of our eight grandchildren.”

Born on the Island, Judy Strimel was the daughter of the late Manuel F. Correllus, a state forester for both Martha’s Vineyard and Nantucket, and Hilda Merritt Correllus, a registered nurse from Maine. “Judy loved the Vineyard and had fond memories of riding in her father’s forest-fire fighting truck, and pedaling her bicycle through the woods,” recalled George Strimel. That woodland preserve today is the 5,000-acre Manuel Correllus State Forest, named in honor of her father.

Judy Strimel loved to work in the garden of the Strimel home on Louella Court in Wayne that captured her signature style with its sculptured hedges, creative plant arrangements, and brightly colored clusters of flowers. She was an active member of The Community Garden Club of Wayne, an organization of liked-minded neighborhood gardeners. She was also active with the Main Line Chamber of Commerce and the Wayne Business Association.

Judy was a voracious reader who favored mysteries, fiction, and books devoted to cooking and gardening. She passed her love of reading on to her children and grandchildren.

Daughter Gwyneth Wallace of Edgartown says that some of her greatest memories are of the dinner table. “No matter how busy we all were, she always had dinner waiting for us, and she insisted on setting the table,” Ms. Wallace said. “That meant cloth napkins, salad and dinner forks, and placemats. We embraced our time together. I’ll always remember lively conversation and a great amount of laughter.”

Daughter Alison Pratt of Aldan, Penn., remembers best the Brownie camping trips with her mother as a chaperone, and the time Judy accompanied her on a seventh-grade skiing trip. “She wasn’t a skier, but she did so because she was so involved with her kids, she wanted us to enjoy our childhood,” she said.

Judy enjoyed traveling nationally to cities like San Francisco and New York as well as visits to metropolitan areas in Canada — Montreal and Quebec City among her favorites. “Since we were both Anglophiles, London was a great favorite,” said George Strimel, executive director of Radnor Studio 21, a community public access TV station for Delaware County, Penn. “We enjoyed the London social clubs, restaurants, West End theater productions, and making out-of-town train excursions with British friends that we met on earlier visits to the United Kingdom.”

Son Jeremy Pratt of Camden, Maine, remembers with fondness baseball trips he and his mother made to Boston to watch the Red Sox play in Fenway Park. “She had no interest is sports, let alone baseball, but she wanted me to have a good time,” he said. He’s also thankful for his mother’s liberal political positions that convinced him to become a member of the Democrat Party. “Thank God she made me a Democrat. Now I can negate family Republican votes,” he said — good naturedly, of course.

Daughter Victoria Ketterer of Hazelton, Penn., credits her mother’s unconditional love with helping resolve an adolescent dilemma when her grades were suffering. “She stressed that by applying myself, I could conquer life’s obstacles,” she said. “It was advice that grounded me as a person.”

But perhaps Judy’s greatest love was her eight grandchildren. “She never took a break,” said daughter Alison, “she went right from attending the concerts of her four kids to starting all over again with her grandchildren. She never missed a big event. Ever.”

A contribution in Judy Strimel’s name can be made to Radnor Memorial Library, 114 West Wayne Avenue, Wayne, PA 19087.

There was a Celebration of Life memorial gathering for Judy Strimel this past Saturday in the garden of her home in Wayne. There will also be a Celebration on Saturday, September 15, at the Oak Bluffs Lagoon home of her daughter and son-in-law, Gwyneth and Michael Wallace, from 2 to 4 pm.