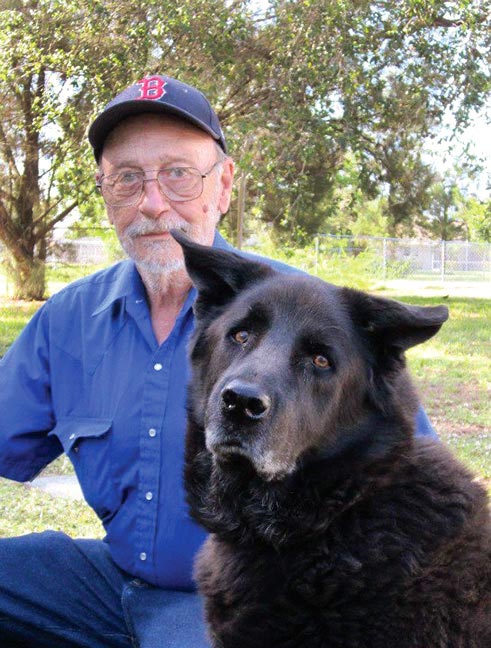 Anthony “Tony” Peter Cioffi of Lehigh Acres, Florida, a seasonal resident of Martha’s Vineyard for more than 50 years, died in the late afternoon of August 15, surrounded by his children and daughter-in-law, at Jordan Hospital in Plymouth. He was 76.

An avid hunter and fisherman who served his country with distinction, Tony’s love of country was only surpassed by his love of animals and his family.

Tony was born in Boston, on June 14, 1936, to Pasquale Cioffi and Alice (Buffa) Cioffi Hennessey. Although Pasquale was his biological father, he was raised by Alice and Charles “Poppa” Hennessey.

Tony married Shirley (Kelley) Cioffi of Edgartown. After their paths diverged, they maintained a positive relationship through the years, as they watched their four children grow up.

Tony attended high school in Winthrop. Shortly after graduation, he enlisted in the Army National Guard. He scored high on the entrance exam and was selected to join the Army Security Agency. While serving overseas he distinguished himself when he intercepted important intelligence regarding the enemy.

Following his Army discharge, Tony went to work for the Department of Defense. At the same time, he attended Fisher College, using the GI Bill.

He spent the remainder of his professional career working in foreign military affairs and defense security. Tony continued to travel to foreign countries until his retirement in 1997. In total, Tony gave more than 37 years of service to his country. He always considered himself a patriot.

Tony had a profound respect for the outdoors and loved fishing at Wasque Point on Chappaquiddick. He was an avid hunter who spent numerous falls in pursuit of white tail deer. He was passionate and extremely knowledgeable about American and American military history. Tony appreciated and collected numerous military and historical guns and firearms, and loved to participate in Revolutionary War re-enactments.

Most of all, Tony was a devoted pet owner who cared for and raised many pets. He could often be found at his local dog park. His most prized pet was his dog Tex. Tony cared for Tex until the day he was hospitalized, and never stopped asking for him. It was obvious that a piece of Tex passed away when Tony did, for they had an inseparable bond.

Tony is survived by his former wife, Shirley, and his four children, Robin, Erik, Suzanne, Brian, and his beloved companion Tex; his daughter in-laws, Kari Cioffi and Shannon Cioffi; his grandchildren, Kelley, Reid Anthony, and Sydney Canham; Analea and Teagan Cioffi; and Bryce Cioffi; his brother, Carl Cioffi and his wife, Marguerite; s well as many cousins, nephews and nieces. Tony was preceded in death by his mother, Poppa Hennessey and his granddaughter, Saige Cioffi.

A private burial will be held Sunday, September 2, at 11 am at Abel’s Hill Cemetery in Chilmark.

Donations in lieu of flowers may be made to the Wounded Warrior Project or a local animal shelter.