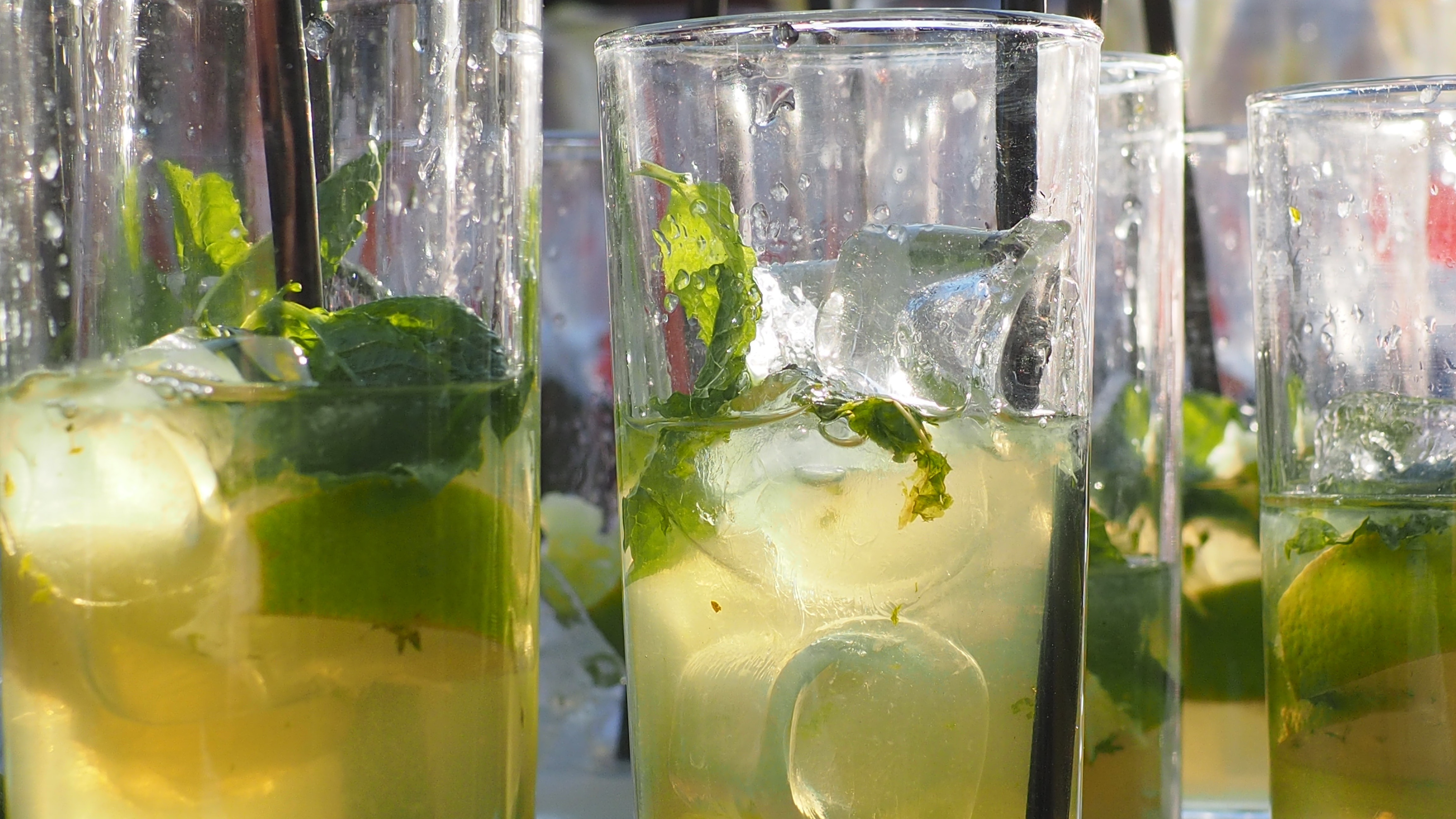 Each week The Times seeks out unique drinks, one with alcohol and one without, made on Martha’s Vineyard, and a bit about the place that makes them. With the departure of Naomi Pallas and Ben Williams, this is the last Drinks of the Week of the summer.

With its distinct Oak Bluffs décor and images of the Flying Horses and other old Island staples, walking into M.V. Gourmet Café & Bakery (the “front door” of Back Door Donuts) is like going back in time.

The homey, old-fashioned pastry shop is tucked away in Post Office Square off Circuit Avenue. Fitting with its ambiance, it offers classic treats like scones, eclaires, cannolis, and pies, and a drink menu with coffees, teas, and Italian sodas. It is also home to the old, yet not-so-classic Raspberry Lime Ricky, a nonalcoholic version of the highball-esque Rickey.

The name “Rickey” was coined by bartender George A. Williamson of the Shoomaker Bar in Washington D.C., at which Democratic lobbyist Colonel Joe Rickey was a regular in the 1880s. The M.V. Bakery version is made with ice, sparkling water, raspberry syrup, and lime juice.

Owner Rita Brown describes the drink, which was added to the menu upon suggestion of a former employee, as an Italian soda with lime, yet the two differ vastly in sweetness. The Ricky’s sour lime juice is well balanced by the raspberry syrup, but it is still enough to make your mouth tingle with each cool sip. The other difference, the lack of an “e” in the bakery’s version, is unintentional, Ms. Brown said.

Classic drink and pastry shop by day, M.V. Bakery becomes Back Door Donuts at the end of the day in the summertime. From 7:30 pm to 12:58 am, a line of hungry donut eaters snakes through the parking lot of Reliable Market on Kennebeck Avenue. Stop by for a steaming hot donut, cinnamon roll, or apple fritter, and a cold bottle of milk.

M.V. Gourmet Cafe & Bakery is open daily from 7 am to 5 pm. For more information, visit mvbakery.com.

Locals will readily recognize the sly red cat with a fish in its mouth that hangs above the bar at the Red Cat Kitchen at Ken ‘n’ Beck in Oak Bluffs. Jim Gibson, a veteran of the Red Cat’s West Tisbury days, serves up something a bit different – a Cucumber Gimlet.

Four slices of cucumber are mashed up in a mixing cup and combined with fresh basil. These ingredients greet a splash of lime juice, sugar, ice, and Tito’s Handmade Vodka from Texas. This mixture is then shaken and strained into a glass on the rocks, then filled to the brim with a mix of ginger ale and club soda.

It’s a sweet end of summer drink, spritzy and refreshing. Mr. Gibson shares that the drink is popular with locals, many of whom request drinks with basil, parsley, and rosemary.

The drink was given a consensus rating of “Good” by a tasting panel consisting of Julius Lowe and Whit Hyde, both of West Tisbury.

“It’s well rounded,” agreed Mr. Hyde. “Sweet and smooth so it’s not hard to drink. It should appeal to a wide variety of drinkers.”

Mr. Hyde credited the drink’s popularity with locals to a Vineyard agricultural spirit.