John Murray, facilities manager for the Martha’s Vineyard Hospital (MVH), is in charge of maintenance for the new hospital building, which is designed for maximum, state-of-the-art energy efficiency. But he is also in charge of the old wood hospital building, as wasteful of energy as the new building is not. Mr. Murray, with the blessing of Timothy Walsh, MVH chief executive officer, has been re-engineering the old building’s infrastructure, making changes that have already saved thousands of dollars, and he has more changes in mind.

The new MVH building is one of only a handful of hospitals in the United States to receive a high level of certification for earth-friendly design and construction, with a LEED (Leadership in Energy and Environmental Design) classification from the US Green Building Council. According to the USGBC, “LEED certification provides independent, third-party verification that a building. . . was designed and built using strategies aimed at achieving high performance in key areas of human and environmental health: sustainable site development, water savings, energy efficiency, materials selection and indoor environmental quality.”

By contrast, the older buildings at MVH are an environmentalist’s nightmare. “We have a huge opportunity to save money at the old hospital,” Mr. Murray told The Times.

The boiler plant, which provides heat to the old hospital, is in the basement at the east end of the old building. It is a huge room, more square footage than most zoning bylaws permit in guest houses, and packed with equipment. The centerpiece, filling most of the space, is a pair of 1972 oil-fired steam boilers. Each of these behemoths is as large as the trailer of an eighteen-wheeler. At full operation, the boilers themselves are noisy, but the cacophony (and expense) is multiplied by auxiliary condensers, pumps, and exhaust fans. In summertime, the heat in the boiler room often reached 115F.

“Why were the boilers running in summertime?” you ask. Because they were the only hot water supply for all the old hospital, including the kitchen more than 500 feet away at the west end of the old building. Steam generated in the boilers was piped to a heat-exchanger in the kitchen, where it heated water for dishwashers and sinks. The cooled steam returned by another pipe to the boiler room, wasting heat and not a little water in both directions.

How much money has this step saved? In fuel costs alone over the same period last year, the difference is $425 per day for heating oil to run the boilers, versus $90 per day for propane for the water heaters. There are additional savings in electricity for all the boilers’ auxiliary equipment and savings in wasted water, about $60,000 a year

Next summer Mr. Murray plans to replace the old behemoths with a more efficient heating system using hot water rather than steam. Mr. Walsh confirms that although the project will be expensive, a new heating plant will soon pay for itself in fuel savings.

The old hospital building is no longer used at night, and there is a great deal of difference in the infrastructure required for daytime-only operation. Timers have been installed to turn off lights and set back thermostats and exhaust fans from 6 pm to 5 am.

The lights in the Physical Therapy and Wellness wing have been changed to smaller fluorescent daylight tubes, cheaper and easier on the eyes.

The water for irrigation and outside maintenance is now metered separately. Why does that matter? Because the Oak Bluffs sewer department bills for sewerage based on water consumption. Outside faucets and sprinklers do not flow into the sewer system, so MVH is now able to subtract that water from the total water intake. Mr. Murray estimates the savings at about 130,000 gallons by the end of the year (at about 2.8 cents a gallon).

In the physicians’ wing, where doctors’ offices are, the air conditioners were 15 years old and inefficient. Mr. Murray has replaced them with newer units at a savings of about 25 percent in electricity costs.

John Murray himself is a success story as dramatic as the changes he is accomplishing at MVH.

Born in Dublin, Ireland, he began life as an apprentice in steel fabrication and welding. It is perhaps important today that the work he did in Ireland was building experimental trucks and tanks. What he learned on the job was engineering. “I always loved to tinker,” he told The Times.

When he was in his mid-20s, the Irish economy collapsed and he found himself out of work. He began all over again, applying for and getting a job at a Maine hotel as a carpenter’s assistant at $5 an hour. Finding his way to Martha’s Vineyard, he got a job in maintenance at the Harbor View Hotel, working his way up to director of engineering.

Mr. Walsh hired Mr. Murray two years ago on the recommendation or Cornelius Bowman, who was then serving as the clerk of the works for the new hospital construction and had formerly been facilities manager for Carney Hospital in Boston. Mr. Bowman recognized that Mr. Murray was the right man to take over the new building and start re-engineering the old.

Mr. Walsh told The Times that most of the ideas for retrofitting the old hospital come from Mr. Murray. “We talk often about saving money, but the [specific] plans are John’s wisdom. He is innovative — he really knows the business.” Mr. Walsh praised Mr. Murray as a man “who can take an idea and run with it.”

Mr. Murray became an American citizen in 2000 and now lives in Edgartown with his wife, Rosemary, who is from Rio de Janeiro, and his son Ryan, who was recently featured in a Times story on autism (Autism awareness begins with one family’s story). Mr. Murray also has a son and a daughter from a previous marriage. 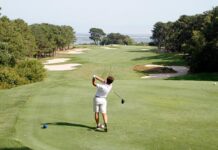