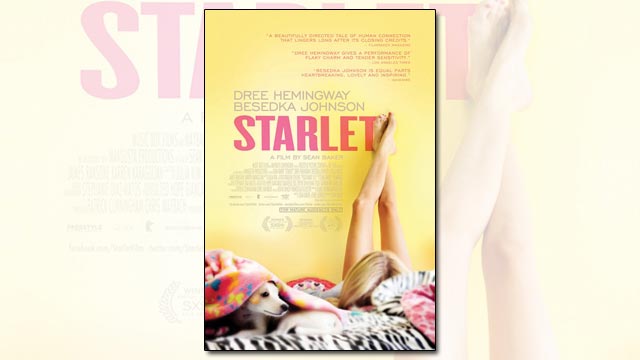 Jane, played by Dree Hemingway (daughter of Mariel and great-granddaughter of Ernest), is a lovely, lithe 21-year-old, while Besedka Johnson’s Sadie is a cranky 85-year-old widow. Director Sean Baker doesn’t take the viewers where they might expect from a title like “Starlet.”

Although they both live in California’s San Fernando Valley, Jane and Sadie are worlds apart. Jane has arrived in California from Florida and is living with her worthless friends Melissa and Mikey, leading what seems at first like an aimless, Valley-girl life of drugs and video games. The clue that Jane may be different from the losers she lives and works with appears right in the opening scene.

We meet her waking up in her bedroom, pretty much empty except for an open suitcase, her pet Chihuahua, and the bed she’s on. Jane has named her dog Starlet, and her affectionate relationship with him reflects her need for connection. It’s nice to see a movie dog not reduced to a cute, magical creature.

The movie takes viewers on the journey of Jane’s moral awakening. She meets Sadie at a tag sale when she buys a thermos from Sadie that she thinks is a vase. Inside the thermos Jane discovers $10,000 in rolled-up bills that first sends her on a shopping spree, and then back to Sadie, as she flirts with returning the money.

Incorporating some of the naturalism and conversational meanderings of the Indie mumblecore trend that was popular a few years ago, the director takes his time building a world around these two characters. Jane starts giving Sadie rides home from the supermarket and joins the local Bingo game she plays in. The young woman’s persistence in seeking the suspicious Sadie’s companionship eventually melts the old lady’s reserve.

Not until we have become comfortable with Jane and Sadie’s relationship and are enjoying it, does Mr. Brown stop hinting and disclose how Jane makes a living. She stars in porn movies, and we watch as she performs with a male partner for the camera in many varieties of sexual acts. Viewers should be forewarned that Mr. Brown does not shy away from explicit, graphic shots of Jane and her partner. The director attempts to frame them as routine examples of Jane’s work environment, but the question remains of whether it’s possible to portray such scenes devoid of their pornographic implications.

Jane decides to blow the rest of her ill-gotten stash by taking Sadie on a trip to Paris. On the way to the airport, she learns something about Sadie that catches her by surprise. It is the slender thread that the director hangs the film on, and the viewers are left to decide for themselves whether this young woman has turned a corner and found her moral compass. 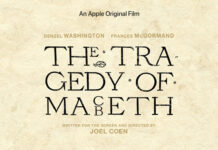 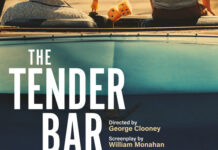