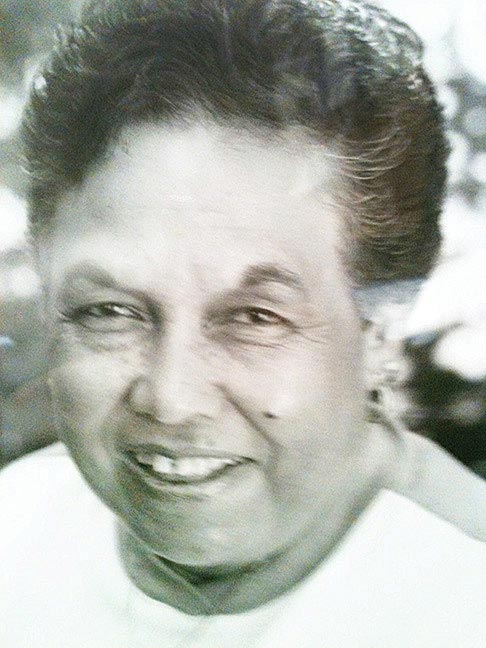 On December 31, 2012, following a long illness, Freda Belain Rocker died peacefully at her Boston home surrounded by family she loved, including her great-granddaughter, Alaysha Bedell, her special caregiver during her final days. She was 87.

A member of the Aquinnah Wampanoag Tribe, Freda was born in Oak Bluffs on July 16, 1925, the daughter of Daniel and Blanche Jerrod Belain. Her mother died when she was a child, and she was raised on the Belain Homestead by her aunt, Sophia Belain Johnson. She attended the one-room schoolhouse in Gay Head and graduated from the Tisbury High School. While living in Gay Head, she was a member of the Gay Head Baptist Church and served for many years as town clerk. After moving to Boston she worked for Raytheon Corporation, Jordan Marsh, and for more than 20 years for Aetna Insurance.

Though she left her home town of Gay Head in mid-life she retained a love for its people and the days she spent there, and she often recounted memories of her childhood to her children. Those who knew her remember her excellent cooking skills: she made the best clam fritters and apple pies. Before leaving town she shared many of her recipes with townsfolk of her generation.

Freda was the former wife of the late Luther T. Madison of Aquinnah, with whom she had six children. Her first two children, James and Sandra, died in childhood. Surviving her are sons Jeffrey of Aquinnah, Stephen of Boston, and daughters Kathleen Williams and Jean Ann, both of Boston.

After moving to Boston, Freda met and married Harry Rocker Jr., who predeceased her. Freda and Harry enjoyed many happy years together. They traveled extensively throughout the Caribbean and United States following Harry’s retirement from the Postal Service. They loved doing everything together enjoying each other’s company, and they were never far apart.

Freda enjoyed spending time with her grandchildren and great-grandchildren, always taking great pride in their accomplishments. She enjoyed craftwork including making hand-sewn braided rugs, beadwork, and crocheting, all of which she learned from her paternal grandmother, Annie Smalley. She thoroughly enjoyed her creations and generously shared her knowledge with all who cared to learn.

In her later years, Freda enjoyed taking day trips with seniors from Boston. She particularly enjoyed trips to Foxwoods and Mohegan Sun where she would return delighted to announce to all who inquired that she’d won more than she lost. She also enjoyed senior day trips to the North Shore, although she would usually complain about the quality of the lunch she was “served” on those outings.

Freda was predeceased by her brother, Kenneth F. Belain of Aquinnah, and her sisters Priscilla Ingram of Middletown, R.I., and Maysel Vanderhoop of Aquinnah.

A graveside service will be held at 2:30 pm on Friday, January 4, in the Gay Head Cemetery where she will be laid to rest next to her granddaughter Kristina Williams who predeceased her.

In lieu of flowers the family requests that donations be made to the Aquinnah Cultural Center, 10 Black Brook Road, Aquinnah, MA 02535. Arrangements are under the care of the Chapman, Cole and Gleason Funeral Home, Edgartown Road, Oak Bluffs. Please visit www.ccgfuneralhome.com for online guest book and information.