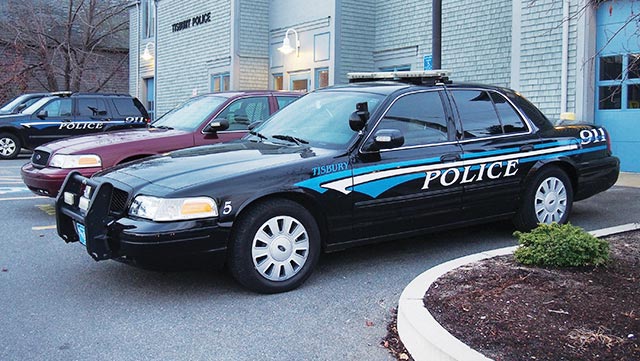 The list includes salaries for seasonal police officers to direct traffic around the SSA terminal, beautification projects around downtown Vineyard Haven, and harbor dredging. In the past, the embarkation fee has been used to purchase a new fire truck, a police cruiser and an ambulance.

The state imposes a 50-cent passenger ticket surcharge on all passenger ferry operations that carry more than 100 passengers. The money is distributed on a quarterly basis to eight SSA port towns, including Tisbury, Oak Bluffs, Falmouth, Nantucket, and Barnstable.

The law requires that embarkation fees be used only for mitigating the impact of ferry service on the city or town. Those uses include providing harbor services, public safety protection, emergency services, and infrastructure improvements.

Tisbury usually receives about $245,000 annually in embarkation fee funds, according to town treasurer and tax collector Tim McLean. At annual town meeting last April, Tisbury voters were presented with $234,253 in embarkation fee money, and they approved a laundry list of 17 items. This year’s recommended projects add up to $243,500, Mr. McLean said in a phone conversation with The Times on Monday.

Various town departments and committees submit funding requests to the advisory committee. The committee forwards a list to the Tisbury selectmen for review. The selectmen vote on a final list and send it back to the committee, for final review and recommendations. Voters make the final decision to approve or disapprove projects at town meeting.

The embarkation fee committee voted on its recommendations on December 17. Most of the project requests this year came from the town’s fire, police, emergency management, ambulance and harbor departments.

As it has in the past, the embarkation fee committee once again recommended a police department request for $2,500 to pay the town’s share of training and equipment expenses for the Island-wide Tactical Response Team. Also endorsed were the police department’s requests for $55,000 for salaries for additional seasonal traffic officers in the vicinity of the SSA and $38,000 for a new police vehicle.

Fire Chief John Schilling received approval for $35,000 to put towards the purchase of a utility rescue vehicle, as the third and final installment in a three-year plan to replace the one currently in use.

The committee also approved a request from harbor master Jay Wilbur for $100,000 towards the cost of dredging Vineyard Haven harbor or towards the lease or purchase of a dredge, which will be discussed in more detail at a future selectmen’s meeting.

The committee approved a beautification committee’s request for $13,000. If voters approve, some of the money will be spent on a new set of summer-themed street banners and on flowers and plantings on Main, Water, and Union Streets, from spring through fall, according to Ms. Kristal, who also serves on that committee. Additional funds will be used to pay a part-time summer employee from the Daybreak Clubhouse to pick up trash and do weeding downtown.

In the past Tisbury town officials have used the legislation’s definition to include almost any emergency services spending. For example, in 2005, before the town established an embarkation fee committee, voters agreed to the selectmen’s recommendation that $239,395 in 2004 embarkation fee revenue be used to help purchase a new fire department pumper truck and a new police vehicle.

“The committee made its decisions this year mindful of the need to stick to the terms of legislation,” interim town administrator Aase Jones told The Times in a phone conversation last week. “The projects were selected based on impacts from the Steamship Authority and their effects on the community.”

The selectmen reviewed the embarkation fee committee’s list of projects at a meeting on December 12. As a result of their lengthy discussion, they voted to eliminate a few of the requests from the final list they returned to the committee.

Selectman Jeff Kristal suggested that the selectmen should evaluate this year’s department requests in terms of priority. He and selectman Jonathan Snyder voted to take the ambulance department’s request for $8,000 for specialized pediatric resuscitation and mobilization equipment off the list. Although selectman chairman Tristan Israel said he considered the request a low priority, he abstained from the vote.

Mr. Kristal and Mr. Snyder also voted to turn down emergency management director Christopher Cini’s request for the purchase of a new vehicle, with $18,000 set aside annually for three years. Mr. Israel voted no.

“There’s no need for the emergency management director to spend money on a new vehicle to drive around in a storm; the police department can drive him around,” Mr. Kristal said in discussion before the vote.