Take a look at the website of photographer Eli Dagostino and you’re likely to see someone you know. Eli is promoting himself in a unique way by committing to create and post a portrait a day for a year. He started on January 1, so thus far there are a couple dozen photos of faces.

For his 365-portrait project, Eli is hardly just snapping and posting. He takes a very professional approach to each shoot — arriving on site early to set up equipment including a huge strobe light, employing an assistant, taking a huge number of shots from different angles, and spending up to three hours editing his chosen picture. “He’s a complete nitpicking editing freak,” says his longtime assistant, Alexandra Cook.

The resulting photos reflect the young photographer’s talent and painstaking process. The color portraits are vivid and polished, masterfully capturing the personality and, often, the work of his subjects.

All of his models so far are people with whom he has a relationship with and, in many cases, are people who have supported him in his burgeoning career. Although the Martha’s Vineyard Public Charter School student is only 17 years old, he has been shooting professionally for three years and has established a successful wedding and portrait business.

Among those that Eli has pointed his lens at are a number of creative types but there are also business owners, teachers, and a nurse. Most were shot in their work environment, whether it be their home, studio, office, or, in the case of the nurse, the trauma unit at the M.V. Hospital.

“With most people their environment is pretty obvious,” Eli says. “With environmental portraiture you really have to know the person, do the research. It’s kind of like being a private investigator. I spend half an hour looking at their photos on Facebook. Where do they work? What’s their background? I have a really solid concept the day before of how I want the portrait to look.”

After graduating from the Charter School this May, Eli is planning to move to New York in November. He will continue his project there, focusing on people with whom he already has connections, and others that he hopes to meet through his intended work as a photo assistant.

“It’s not a new thing,” he says, of a portrait-a-day project. “Most photographers do it at some point in their early career.” The West Tisbury resident says that he got the idea from a photographer named Alex Stoddard, whose work he started following a few years ago. “The amount of press he got was just beyond. He accumulated 20,000 likes on Facebook. I was really inspired by him.”

However, when he first got the idea Eli didn’t feel that he was ready for the challenging undertaking. “I wanted to do something meaningful where there was a clear concept of what I was doing,” he said. “I wanted it to be a well put together piece in the end.”

Originally he was primarily interested in pursuing fashion photography. However, working as an assistant for accomplished editorial and advertising photographer Alessandra Petlin last December, he discovered a passion for a particular style of portraiture.

“I really liked that she was doing these lit environmental portraits,” Eli said. “I got to see all the tricks and techniques she used. What I noticed was the light was very dynamic. It added a lot of depth. When you look at her photos the subject really pounces out at you.

“It really is a craft to know how to use a light well. I learned how to flatter facial structure and how to hide features that might not be so flattering.”

The end result is a portrait with almost the look of a painting. The background colors are intense and saturated, lending heightened interest to the scene, but the subject still really holds the viewer’s attention.

No matter how many tricks and technical skills a photographer may have at his disposal, the real key to the style that Eli is aiming for is a talent for catching that moment when a subject is at ease and truly themselves and relating to the camera in a personal way. He has become very skilled at this.

“I see this project as almost a tribute to the Vineyard and a farewell and thank you to the Island for all the opportunities it’s given me,” Eli says. “The Vineyard has been such a nurturing environment to me as a young professional. To be able to give these [edited portraits] to people is so gratifying.” 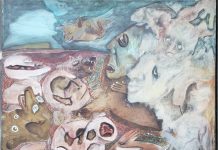 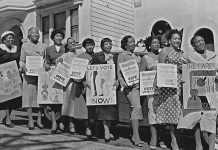 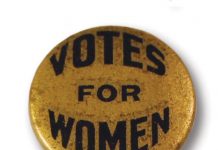