With a goal of reducing the number of locked-up juvenile offenders, the Department of Youth Services plans to expand a program that employs foster families as an alternative to detention, DYS Commissioner Edward Dolan told lawmakers Monday.

“We run 13 detention units around the state. We’re proud of what we do, but for the wrong kids that’s a very damaging place to be,” said Dolan. After his testimony to House and Senate Ways and Means panels here, Dolan told the News Service, “The whole idea is to reduce reliance on locked hardware-secured detention. And the real way to state it is it’s really the right youths in the right place for the right reasons.”

Over the years, DYS has reduced the number of youths who are in lock-ups, a statistic that is in part caused by lower juvenile crime rates, Dolan said. He said that five or six years ago, DYS processed about 5,000 youths in its secure facilities and that number is now down to 2,500.

This year, DYS will expand a pilot program, which began in Worcester County, converting the Connelly Youth Center in Roslindale into a reception center where juveniles who fall between high-risk and low-risk are paired with foster families rather than locked up.

“Kids would not be placed in a locked, secure setting, but would go instead to these specially placed foster families trained to do this work,” said Dolan. “It’s a much more benign setting, much less traumatic for kids.”

Dolan said that the pilot program in Worcester has so far been a success, with none of the youth placed into the program missing their court dates.

“Those youth go to school every day. They go to work. They go to afterschool programs. And we’ve had over 400 youth go through this alternative program rather than locked secure detention, and we’ve had no failures to appear,” Dolan told the lawmakers. He said, “We can bring that model to other counties and courts.”

Alternatives to juvenile detention will be underway in the six counties with the biggest detention rates: Bristol, Essex, Hampden, Middlesex, Suffolk and Worcester, Dolan said. The foster program began in Worcester three years ago. Youths might be placed outside of their hometown or city, but they can continue to attend their old school, Dolan’s chief of staff, Crystal Collier, told the News Service. In “a couple” of cases, youth in the foster home alternative have been brought back into detention, Collier said.

When a judge decides to hold a youthful offender, he or she will be taken to the reception center, and if the youth is not high-risk, a placement can be made in a foster home, Dolan said. DYS partners with a variety of different law enforcement and welfare organizations on the program, Dolan said.

There are plenty of reasons to seek alternatives to juvenile detention, Dolan said. Locking youths up lowers their chances of graduating from high school and the facilities’ conditions exacerbate mental illness and provide bad role models, he said.

The United States has the highest juvenile detention rate in the world with 336 incarcerated per 100,000 youth, dwarfing the next-highest rate in South Africa, according to a 2011 Annie E. Casey Foundation study that is critical of the system.

In Essex County, officials are piloting a program with a similar goal, where authorities meet to address problems that could be “contributing” to delinquent behavior, Dolan said.

“If there are ways to address those, then the youth may not need to be committed,” said Dolan, using as an example a situation where homelessness contributed to the youth’s behavior. He said, “Let’s get this settled and then the delinquent behavior will go away.”

Dolan said that the reception center is able to operate with a “fewer number” of staff than the 24-hour facility, and said it was “cheaper and much better for kids.”

Whether a county will adopt the reception center model, as opposed to other detention alternatives, depends on whether that is what the county needs, said Collier.

“Those local collaboratives will be the ones that will determine what the appropriate interventions are, and alternatives and different diversion projects,” Collier said. “It’s really how are we reducing the use of secure detention.” 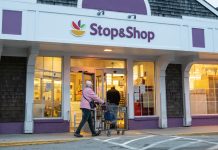