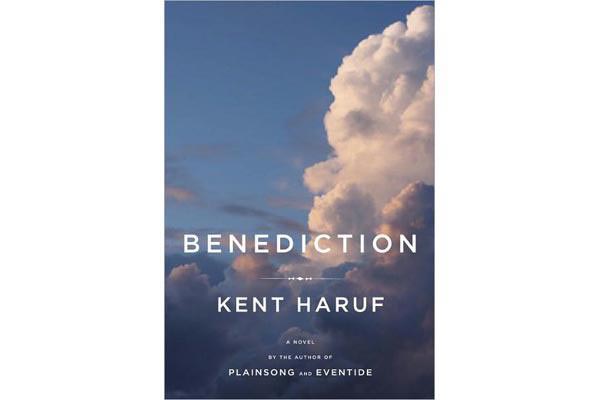 “Benediction” by Kent Haruf – Haruf returns to his setting of “Plainsong” and “Eventide” in Colorado with a new cast of characters. Dad Lewis is dying of cancer. His wife and daughter do the best they can to comfort him, while wondering about his absent son. Friends and neighbors offer their support. Haruf’s people are finely drawn characters, who, although not without flaws, are “decent folks.”

“How to Get Filthy Rich in Rising Asia” by Mohsin Hamid – The nameless protagonist begins life as an extremely poor child who manages to set his goal for riches. Intelligent and hard working, he gains and sheds much: parents, wife, son, a teenage love, as he begins to gain on his dream. What does he really have in the end? Engaging and lightly humorous.

“The Burgess Boys” by Elizabeth Strout – Pulitzer Prize winner Strout, author of “Olive Kitteridge,” returns to Maine and the story of one family and what happened to their father many years ago. Jim is the egotistical over-achiever, Bob is the self-effacing caretaker, and Susan is the grumpy, divorced mother of a teenage son, who they all try to save.

“The Dinner” by Herman Koch – Two brothers and their wives meet at a posh restaurant. The narrator, Paul, is discomforted by the restaurant and the posturing of his brother. They slowly begin to discuss their sons, who have perpetrated a heinous crime, and the reader begins to see the unreliability of Paul. This story makes the reader assess the nature of our bonds and values.

“The Andalucian Friend” by Alexander Soderberg – If you liked the works of Stieg Larsson, you will enjoy this debut novel by Soderberg. Sophie Brinkman, a single mother of a teenage son, meets Hector Guzman in the hospital, where she is employed as a nurse. As she becomes enamoured with him, she is drawn into the world of drugs, guns, and extortion.