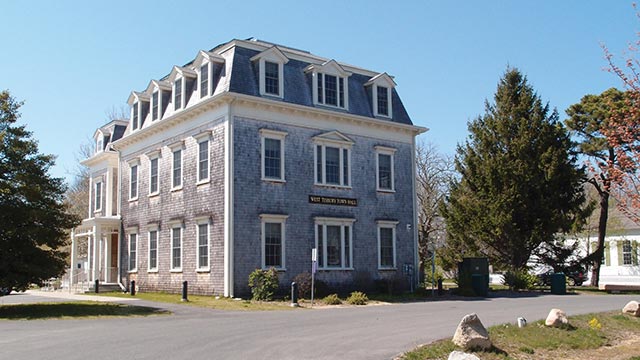 At a special town meeting next week, West Tisbury voters will decide whether to impose a one-year moratorium on the construction of medical marijuana dispensaries in town and consider a new bylaw to ban the consumption of marijuana in public places.

In addition to the two marijuana-related articles, voters will also consider an article to allocate $10,808 to replace windows at the Dukes County courthouse in Edgartown and another to spend $9,454 on the county’s integrated pest management program.

With recent changes in state law that decriminalized marijuana and allowed the use of marijuana for medical purposes, Island towns, and cities across Massachusetts, have pursued local initiatives to regulate public consumption of marijuana and its sale.

During the recent round of annual town meetings, voters differed in their approach. For example, Tisbury voters approved an article to ban medical marijuana use in public. But a measure to place a one-year moratorium on dispensaries fell short of the required-two thirds vote.

In Oak Bluffs, a standing vote on a moratorium fell just short of the required two-thirds majority. There was no question to prohibit the public consumption of medical marijuana.

The new state law calls for at least one but no more than five dispensaries to be located in each county in the Commonwealth.

An Oak Bluffs man has expressed interest in opening a medical marijuana dispensary in either Edgartown or Oak Bluffs, and he has already taken several steps toward opening the business.

At their special town meeting on Tuesday, West Tisbury voters will be asked to amend the town zoning bylaw to add a new section to establish a temporary moratorium for medical marijuana dispensaries for a one-year period.

The article explains the purpose of the proposed amendment.

“A time-limited restriction, or moratorium, on the establishment of [dispensaries] in West Tisbury will provide the opportunity to the town to study and consider the impact they will have on adjacent uses and on the general public health, safety, and welfare,” the article states.

The temporary moratorium would be effective for one year or “until such time as the town enacts superseding zoning amendments governing medical marijuana treatment centers.”

The new law may be enforced through criminal indictment or by a $300 fine for each offense.

Police Chief Dan Rossi first suggested the bylaw banning people from publicly smoking medical marijuana at a selectmen’s meeting in January. He said he worried there would be complaints about people lighting up in public.

“A family sitting on the beach next to someone with a medical marijuana card who decides to smoke marijuana, that is bad or worse than second-hand smoke,” the chief said at the time, adding, “I think this is a good bylaw for people who don’t want to ingest the second-hand marijuana smoke. Someone sitting on Alley’s stoop, or VTA bus stop, or Lambert’s Cove Beach just may not want to be around it.”

Among the spending articles, voters will be asked to contribute $10,808 to replace the windows at the county courthouse in Edgartown. At annual town meeting in April, voters rejected a similar request.

In April, finance committee member Greg Orcutt said his committee did not recommend the article because the town previously approved money for repairs, and it was unclear if those repairs had been made.

This time around the finance committee voted 4-1 to recommend spending the money to replace the windows.

Town administrator Jen Rand said the finance committee has received the information it sought since the annual town meeting. She also said a county representative will be at the special town meeting to explain the funding request.

Voters will also consider an article to appropriate $9,945 to provide an integrated pest management program.

This article is also similar to one that appeared on the warrant of the annual town meeting, except that that article stipulated the funding would go to the Dukes County Integrated Pest Management (IPM) program.

The new article instead states the funding will be used for “an Integrated Pest Management Program in the manner determined by the board of selectmen, in consultation with the board of health, to be in the best interests of the town.”

The one-man county department headed by T.J. Hegarty provides pest control services to private homes, primarily for mice and rats, below the commercial rate. Revenue generated by service calls to businesses, homes, and schools covers about 32 percent of the program’s operating costs, the balance of which is covered by taxpayers. The program does not charge towns for service at municipal facilities, but it does bill schools a $300 flat rate.

Island towns financed 90 percent of the rodent control program this year, and were asked to fund 100 percent of the program at annual town meetings this spring, through a proportional charge, that comes on top of the assessment they already pay for the county’s operating costs. Until 2008, the county funded the program entirely out of its operating budget.

Voters at the annual town meeting rejected an article asking for $9,945 for the town’s share of the program. The rejection came against a backdrop of increased scrutiny of both the IPM program and county government in general.

In February, an analysis by The Times of the IPM program showed an operation heavily weighted toward servicing commercial properties and private residences, for which the county receives a fee.

Then in March, a report surfaced that the county had a surplus of $300,000, leftover from fiscal year 2012 and a total surplus of $572,726, at a time when the county is shifting the cost of county program to the Island towns.

The new article as written would not commit the town to using the funding for the county IPM program and instead leaves open the possibility of hiring a private contractor to run the pest management program.

Voters will also consider an article that would increase the time limit on the expenditure of $250,000 for the Sepiessa Point affordable apartment project, first approved by voters at the 2008 annual town meeting.

Ms. Rand said the town has a bylaw that requires the town to spend the money within five years after it is approved at town meeting. If the money is not spent during that time allowed, it goes back into the general fund, she said.

Ms. Rand said the funds would essentially serve as a savings account where money can be placed for long-term repairs of town roads and buildings. Voters would still need to approve when money is placed in the accounts or taken out.